Dancing House (Tančící dům) is located by the Vltava River in Prague, the capital of the Czech Republic. Its design is unique, and especially striking in the city centre because it is a modern building surrounded by historic architecture.

Dancing House was constructed between 1992-1996. It has daring, curvy outlines, which led its architects Vlado Milunic and the American Frank Owen Gehry to initially name it the "Fred and Ginger Building", after the legendary dance duo Fred Astaire and Ginger Rolers.

The top floor of Dancing House is the only part of the building open to the public, and is home to one of the city's leading restaurants: the Ginger & Fred Restaurant. 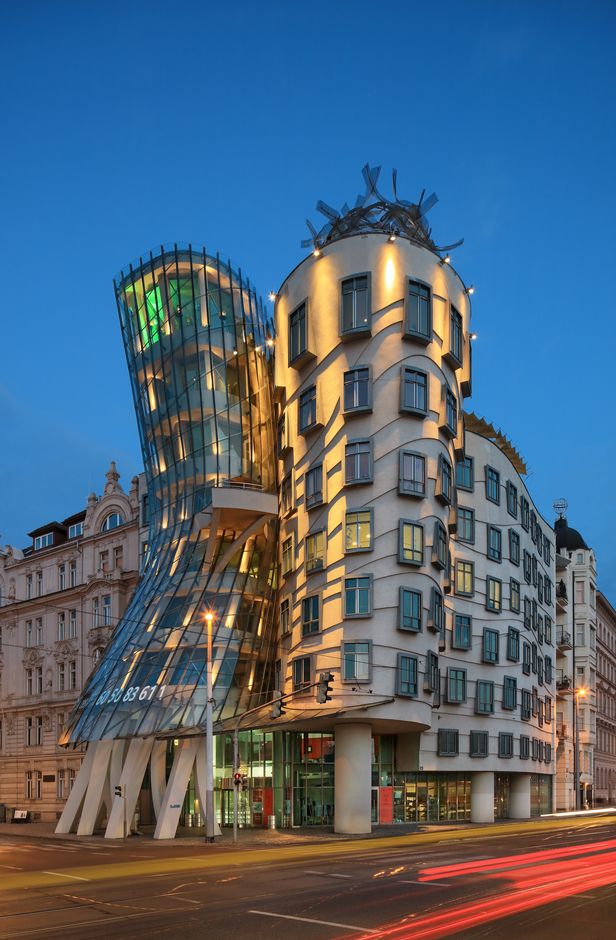