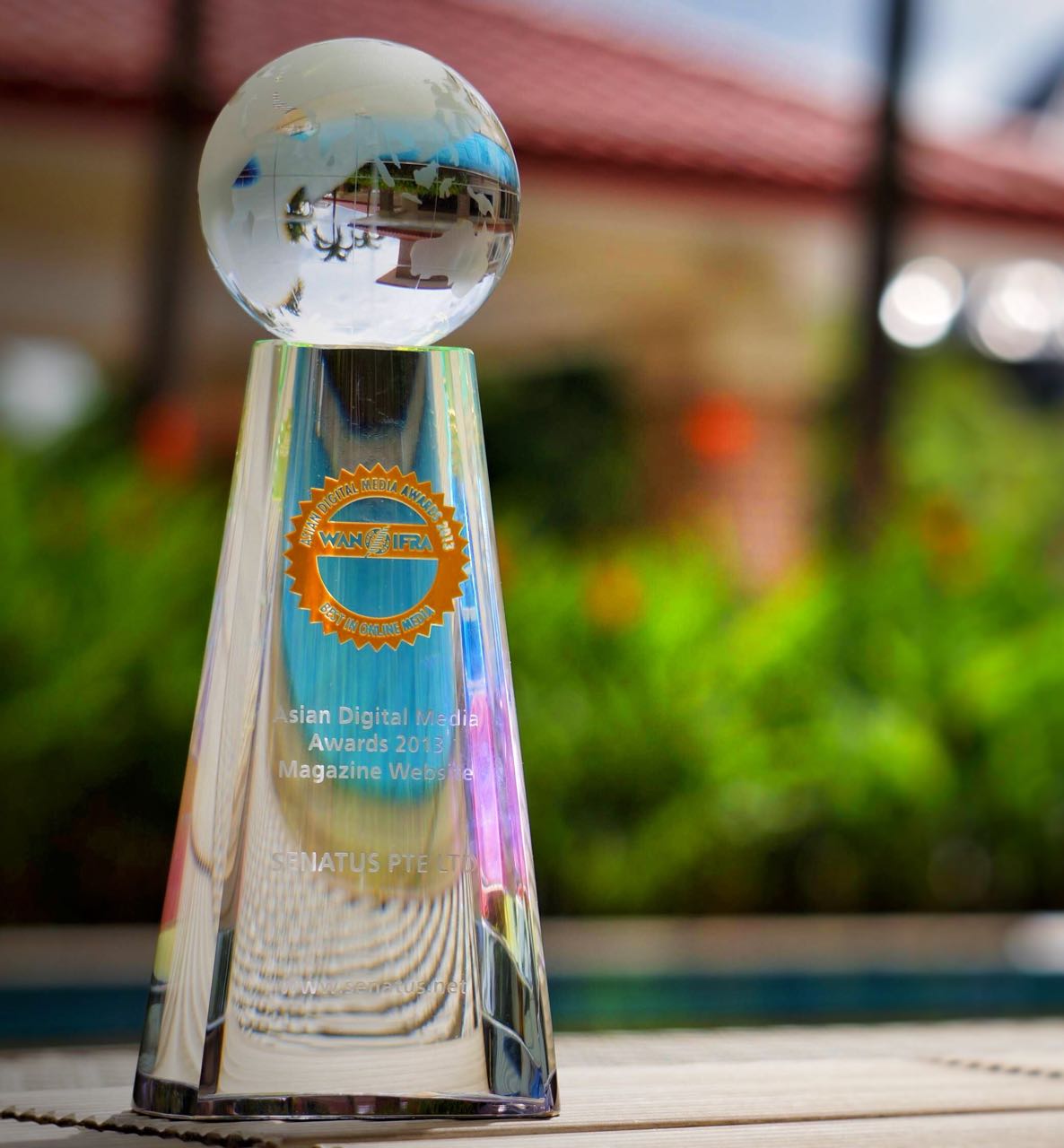 Best Magazine Website in Asia
Founded in 2008, SENATUS has built an impeccable reputation and track record, working with leading brands across multiple sectors over the last 14 years.

Our brand is synonymous with excellence, bolstered by an unparalleled distribution reach with 1.8 million fans on Facebook (facebook.com/senatus.net), along with editorial productions of the highest quality – setting standards which have been recognized by both authorities and peers in the industry.

Industry Awards
At the Asian Digital Media Awards organized by the World Association of News Publishers (wan-ifra.org), SENATUS in the “Best in Online Media (Magazine)” category won Gold in 2013 and 2010, and Silver in 2012.

SENATUS would receive another Gold for “Website of the Year” as well as “Best Multimedia Project” (starring Hu Bing from China) at the 2017 MPAS Awards organized by the Media Publishers Association of Singapore.