Introducing the latest addition to MB&F's family of Horological Machines, the 'Bulldog' HM No.10.

The analogy of this cutting edge timepiece with our canine friend is ever-present:

Available in two versions, either grade 5 titanium body or 18k red-gold and titanium, for its rounded, compact body, the Bulldog's "head" features a large sapphire crystal, underneath which reveal two aluminium time-display "eyes". Two crowns studded like a dog collar allows the owner to wind the mainspring or set the time.

Next the lugs or "legs" in this case, wrap firmly around the wrist. Finally, jaws visible on the underside of the sapphire crystal, serving more than just purposes aesthetic. 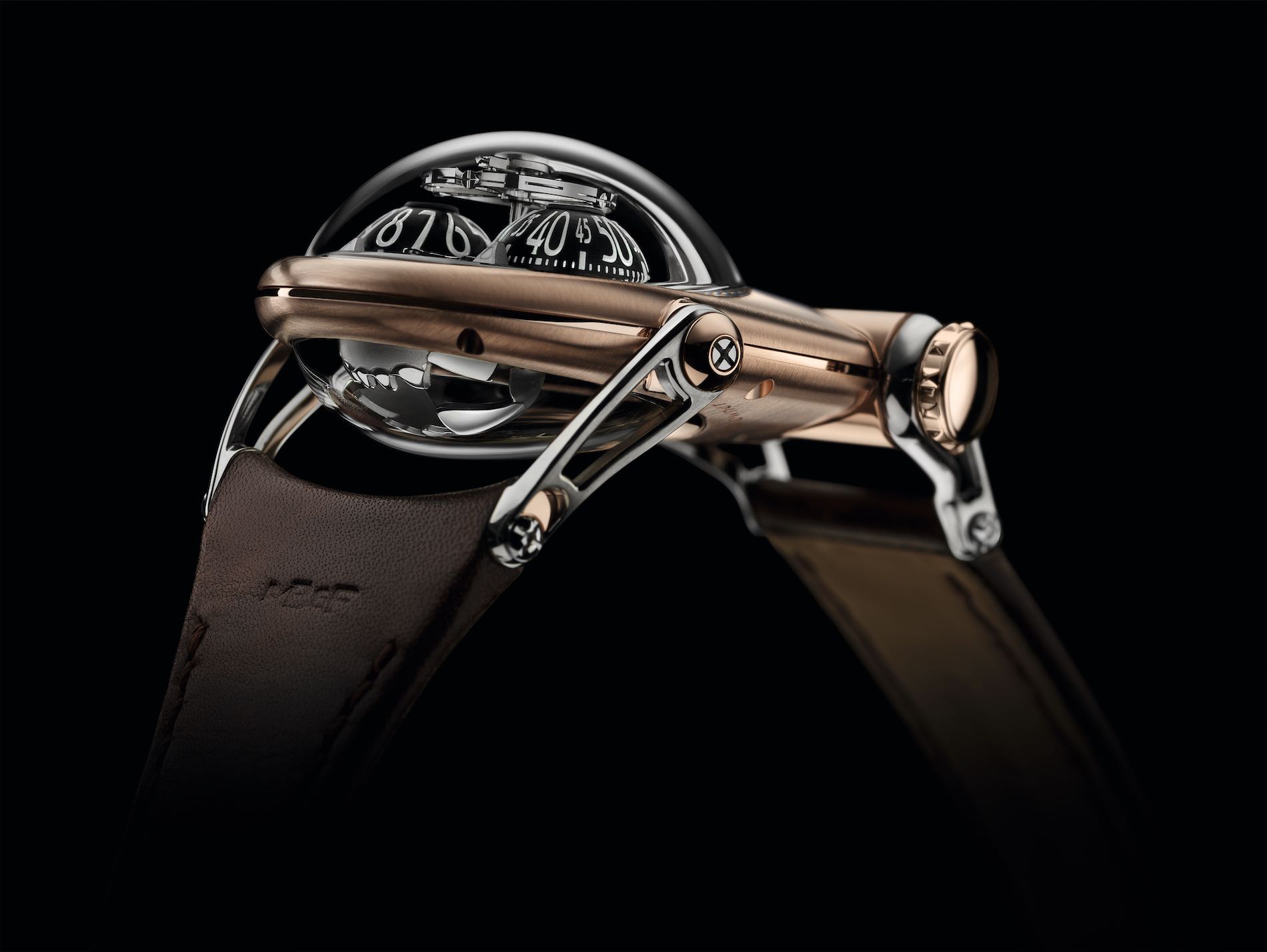 These hinged jaws open and shut according to the amount of wind left in its mainspring. Open when fully wound with a 45 hours of mainspring energy, closed when spent. This inordinately large power-reserve indication has been carefully designed and calibrated by the ingenious folks at MB&F to consume the least energy possible, allowing HM10 Bulldog to direct its considerable mainspring torque solely towards its suspended balance and its revolving hour and minute domes.

The manual-winding engine was designed and developed in-house, leveraging on the best of MB&F's beloved rollouts so far. The large suspended balance that hovers just beneath the central dome of sapphire crystal was drawn from the Legacy Machine collection. The power-reserve management and mechanism for display similar to that of the Legacy Machine 1 Xia Hang, released in 2014. 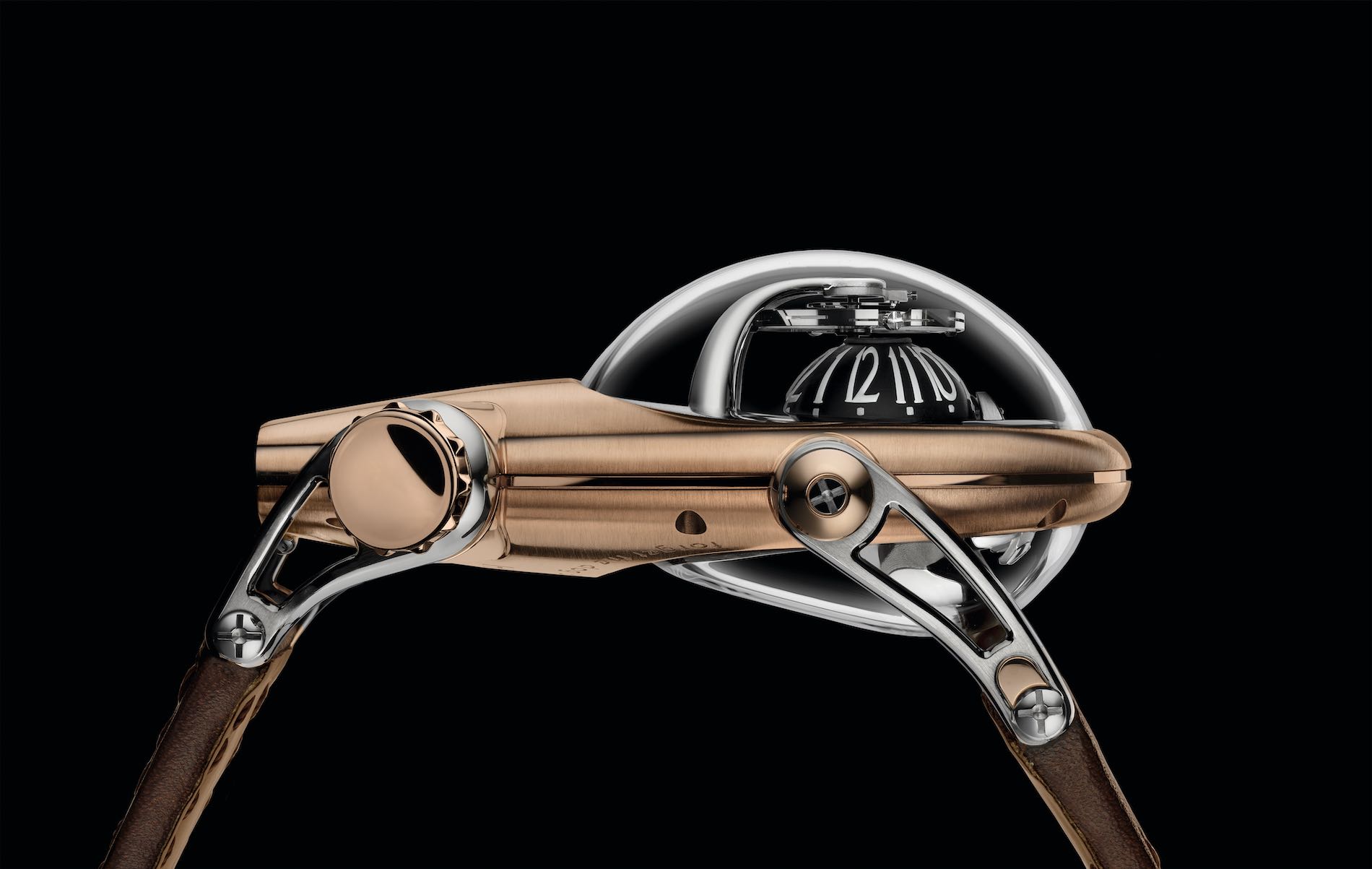 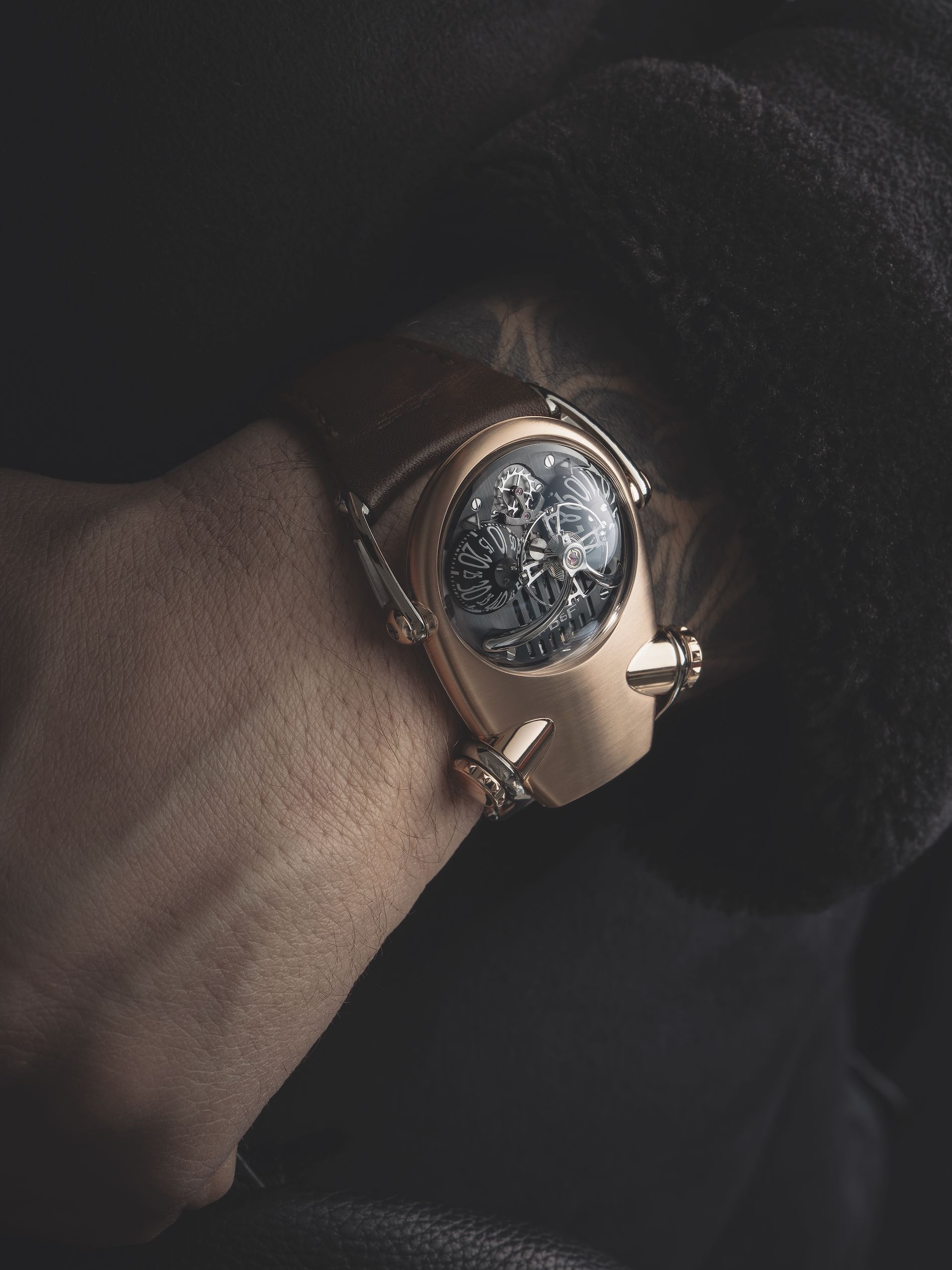 HM10 measures 45mm across, 54mm from nose to tail, and with a maximum height of 24mm and yet is wearable. This is made possible through sprung strap attachments, its "legs," which allow the timepiece to fit close to the wrist. This is additionally complemented by a calf-leather strap, reminiscent of a dog leash, that can be fastened with either a folding buckle or Velcro system.

Both the time indication, the "eyes," and the power reserve display, "the jaws," are visible only from the point of view of the wearer. So is the tongue-in-cheek refrain printed on the underside, "Forget the dog, beware of the owner" - a reminder to the wearer that he/she too is more than what it seems! 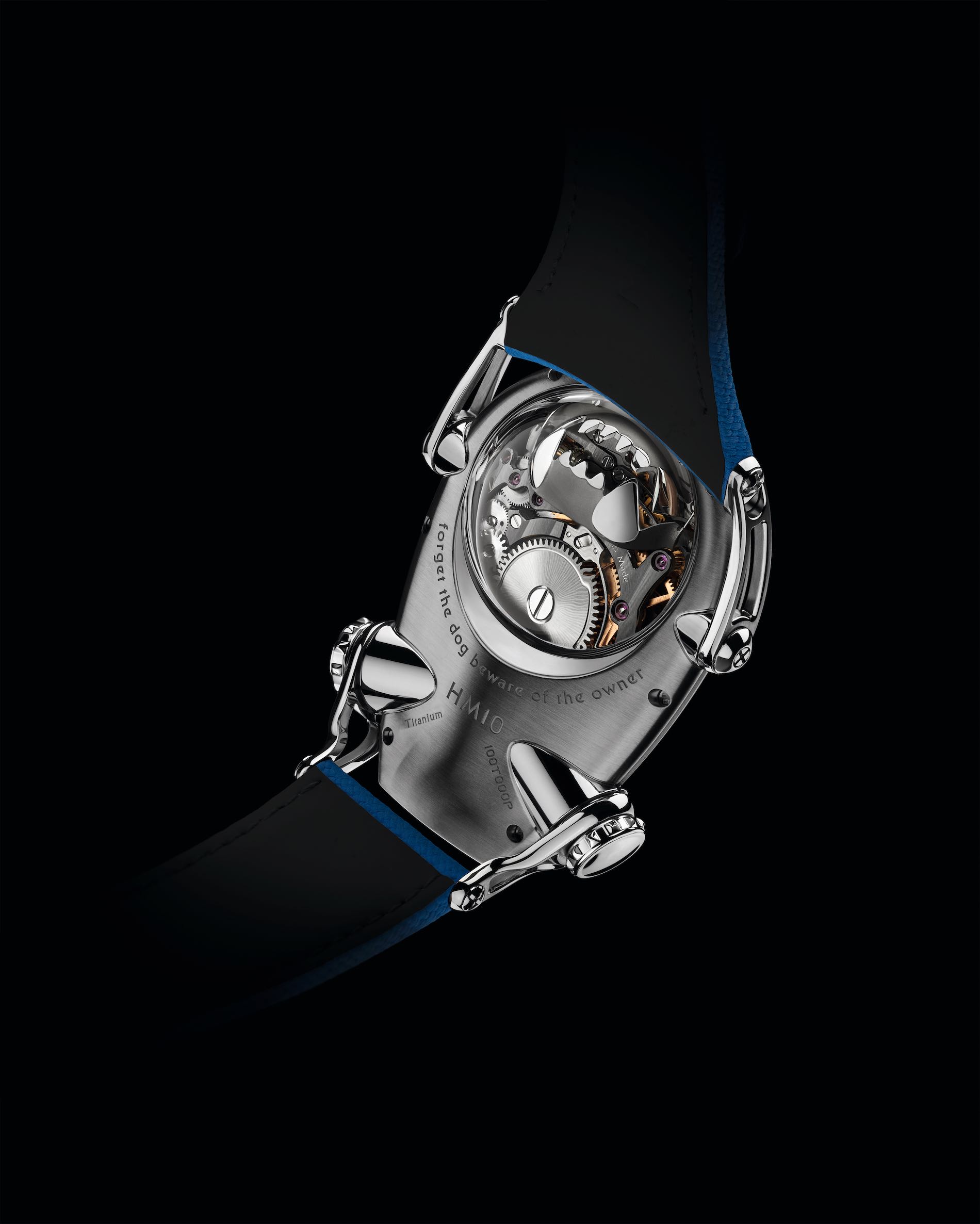 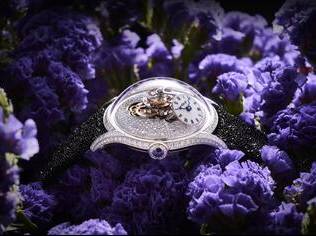 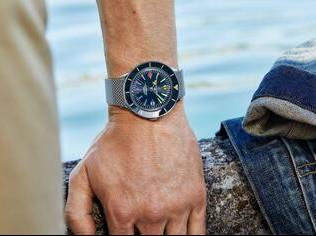