You have to admire to Audemars Piguet for being bold. In fact, it's company motto espouses the breaking of convention, the unshackling of chains:

"To break the rules, you must first master them."

Tradition and avant-garde are two values that have inextricably intertwined at Audemars Piguet - the company that remains the only existing Swiss watch manufacturer that has never left the hands of its founding families. Such a legacy has emboldened the brand to embark on expectations defying rollouts. Its two most famed collections, the Royal Oak and Royal Offshore, "were so counter to the watchmaking culture at the times in which they were made. They stood in defiance to the more traditional conservative approach that the vast majority of the Swiss watchmaking brands were taking," Michael Friedman, historian for Audemars Piguet, explains.

And so it was in 2019 when Audemars Piguet does the unexpected once again with the launch of a whole new watch collection, dubbed "CODE 11.59" - a combination of the acronym of the words Challenge, Own, Dare, Evolve; and for that last second before the beginning of a new day. Even the name is unconventional to how its established peers call their timepiece offerings.

Reactions on social media to the launch of #CODE1159 were polarising. But it was not unexpected, and if anything matters in the watch business, it's opinions. "Buy what you love" is the most commonly touted advice seen in any watch forum or groups. And Audemars Piguet is well aware that to stand out, you have to stand for something.

CEO François-Henry Bennahmias espouses, "We had left the territory of round watches for a long time, never managing to create one which incorporated our avant-garde DNA. But this is exactly what we've aimed for with CODE 11.59 by Audemars Piguet: To create a contemporary round watch with the Audemars Piguet twist." 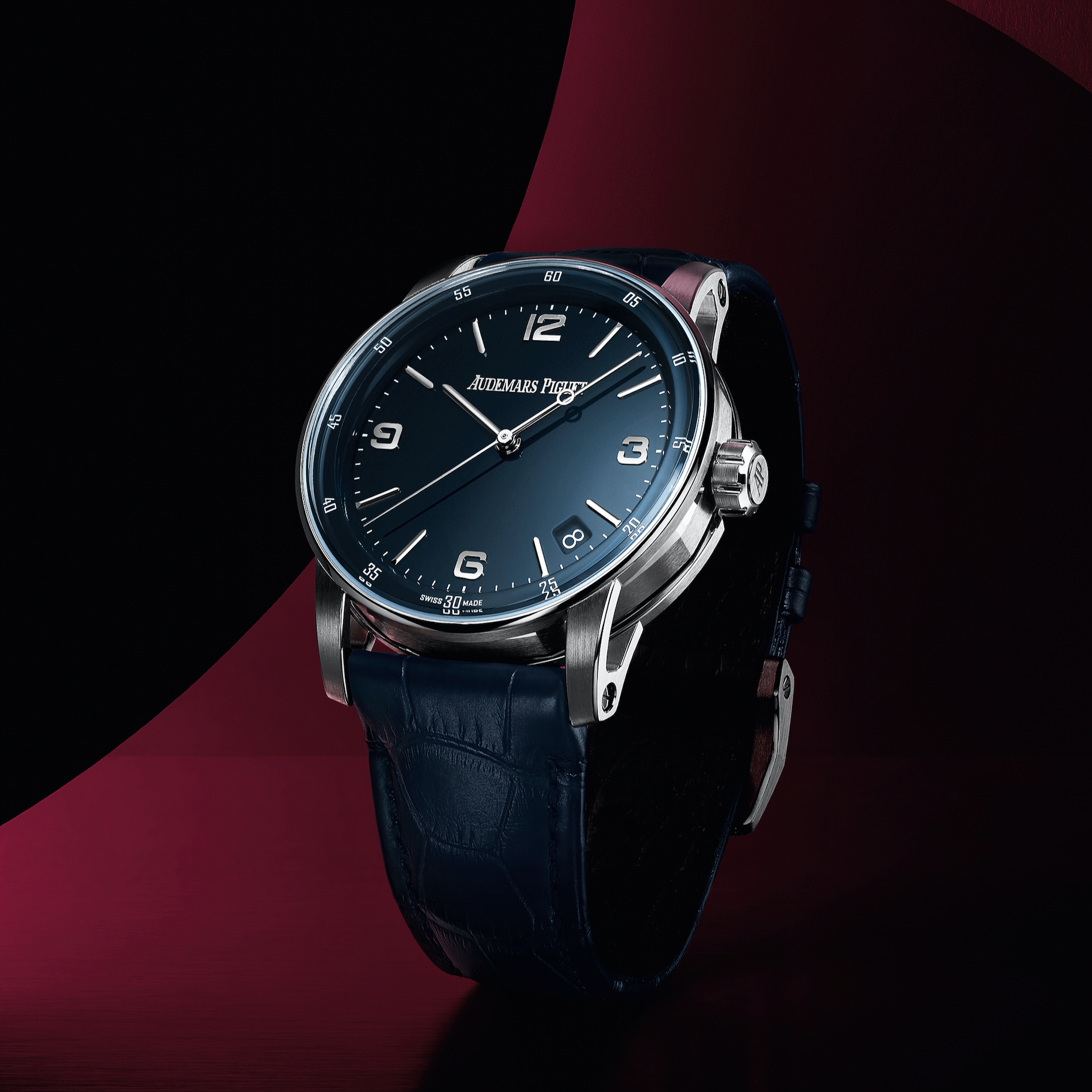 Comprising of 13 new references, the new collection is the first to be launched by the brand since the Royal Oak Offshore in 1993 and the Royal Oak Concept in 2002. It is a timely reminder of the company's long, illustrious history dating back to 1875 with an extensive stable of varying watch designs and shapes.

There are four references for a Self-winding model, available in pink gold with white or black lacquered dial options, and white gold with blue or black dials, with applied logo and hour markers and a date window at half past four. 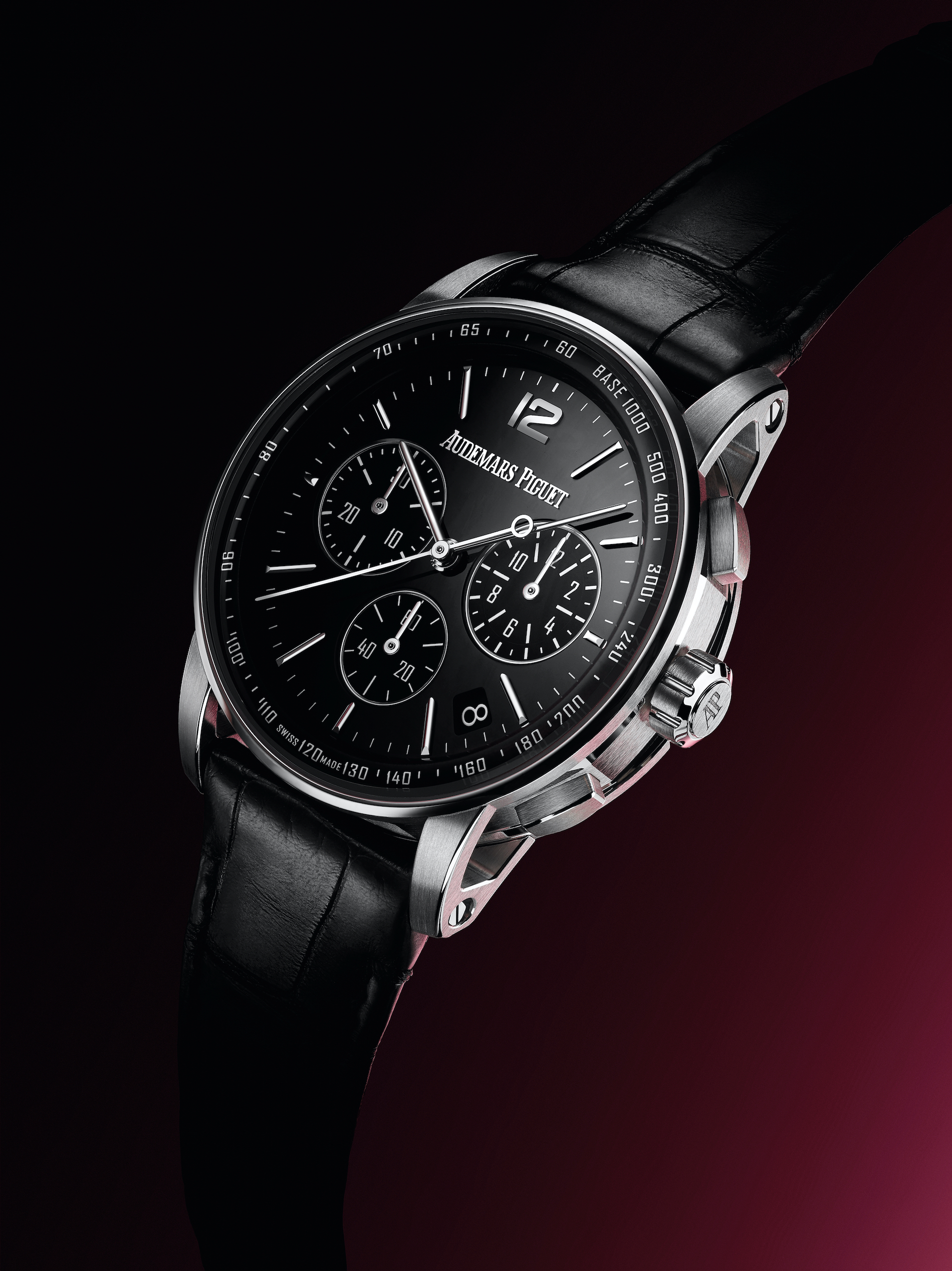 Both the Self-winding and the Chronograph feature new in-house calibres – 4302 and 4401 respectively – which offer a 70-hour power reserve. The other new movement is the automatic flying tourbillon calibre 2950 with a 65-hour power reserve. 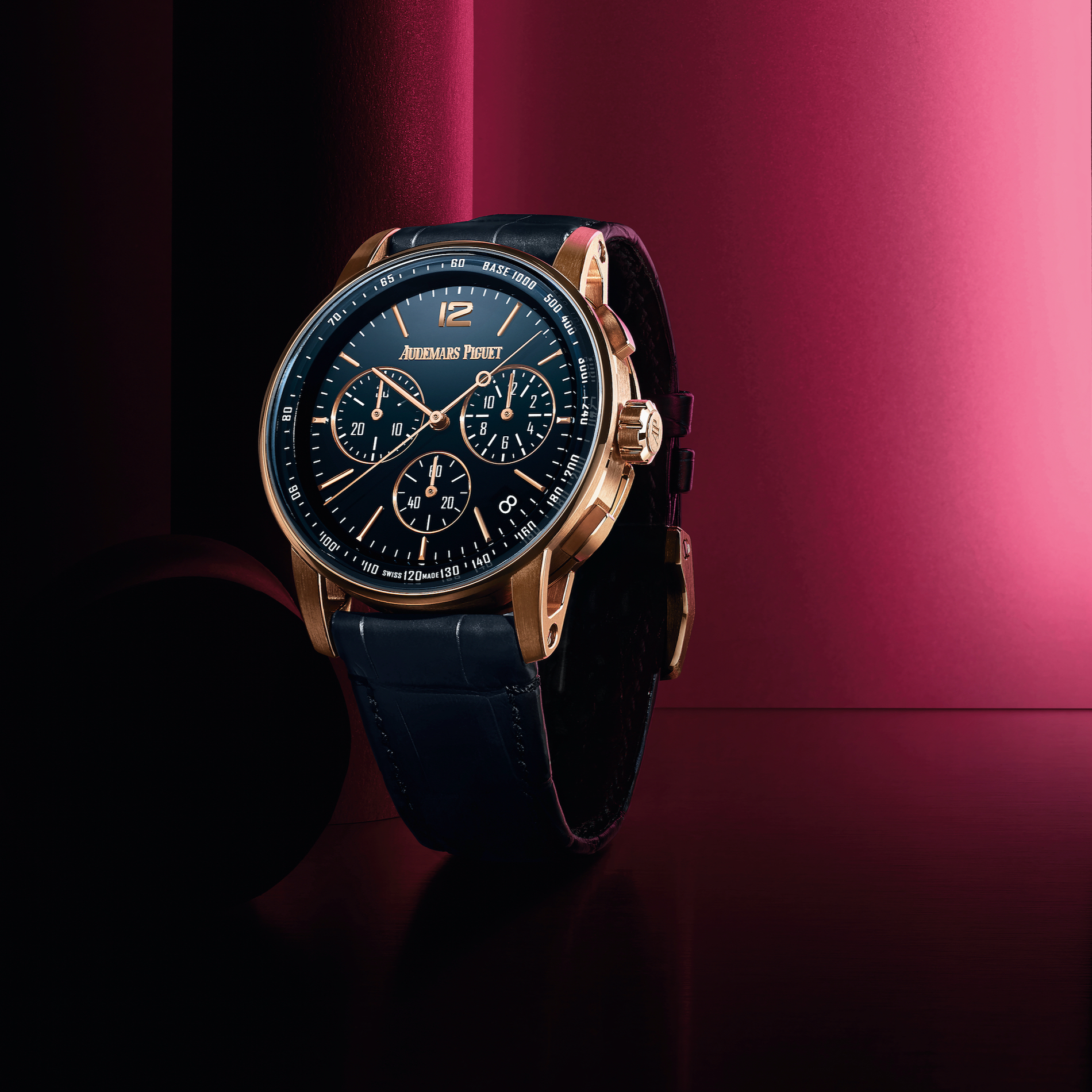 The Self-winding Flying Tourbillon also comes in white or pink gold, with a blue enamel dial and a black option respectively with raised indices. 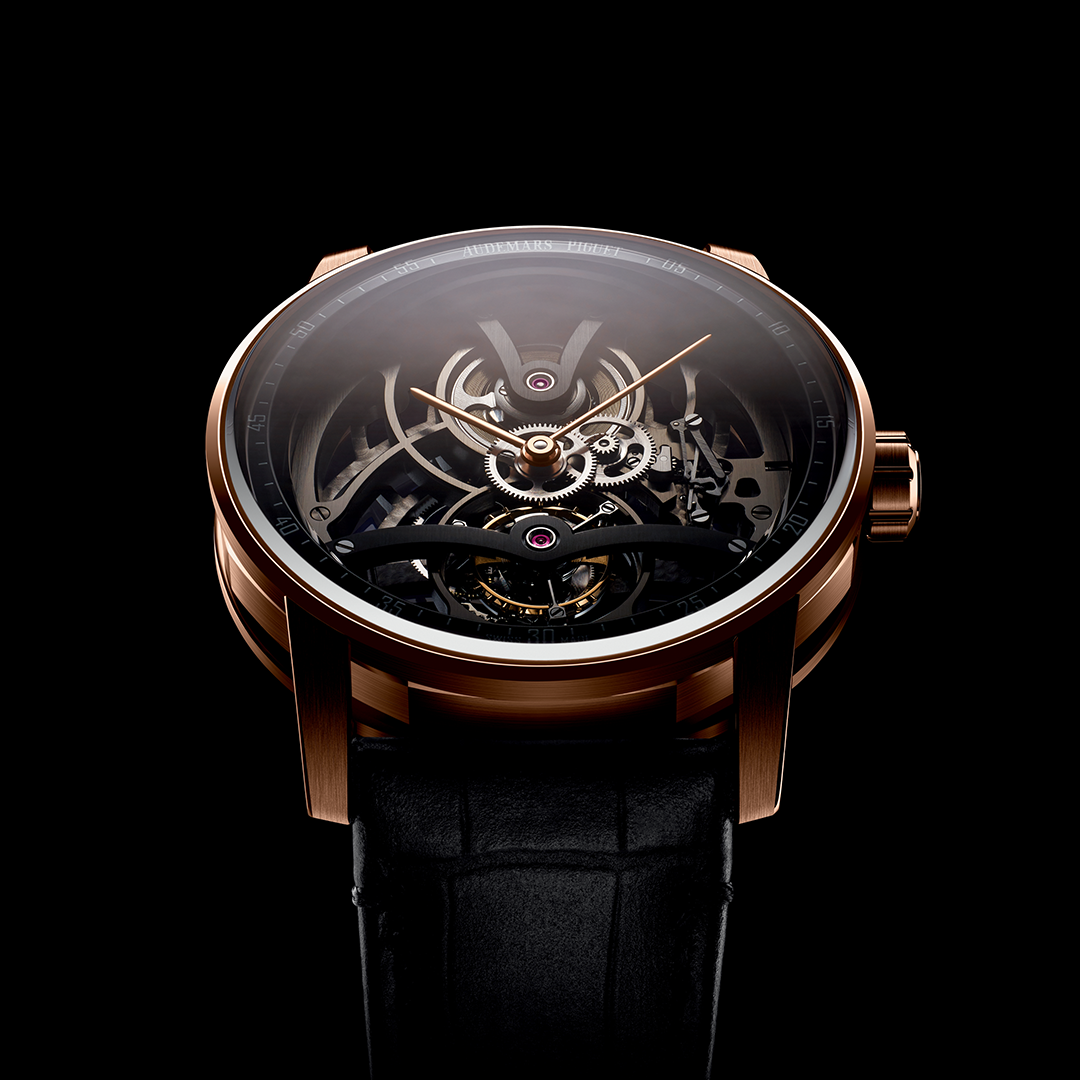 The Tourbillon Openworked only comes in a rose gold case and a lacquered black inner bezel, housing the calibre 2948 that offers an impressive 80-hour power reserve.

"...this is exactly what we've aimed for with CODE 11.59 by Audemars Piguet: To create a contemporary round watch with the Audemars Piguet twist" - Bennahmias

Visually, the face of the watch looks big for a 41mm diameter, thanks to a nearly non-existent bezel and a double curved sapphire glass with an internal surface shaped like a dome and an external surface that is vertically curved from 6 to 12 o'clock.

"We wanted the best legibility and we wanted almost no bezel. If you look at phones and TVs there are no frames so the codes of today’s world are very large. [Creating a double curve] is very complicated. This watch is all about detail, so we went and pushed detail as far as possible," Bennahmias points out. 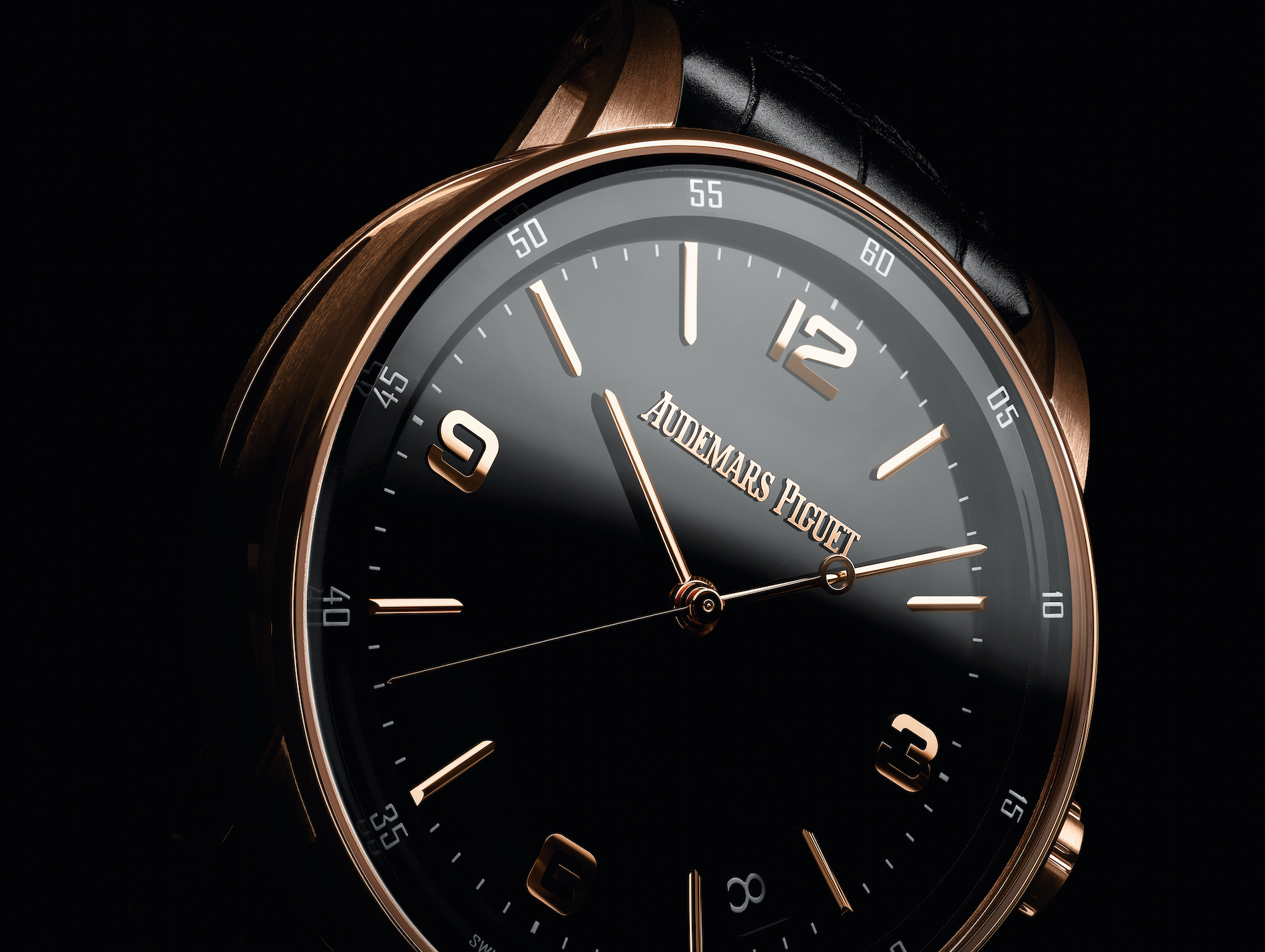 While the shape of the watch is round, its middle case however, is octagonal. Its angular planes are clearly visible from the side, as are the alternate bands of brushed and polished finishes. The polishing is not uniform as well, with the thickness varying in different areas following the curves of the case. 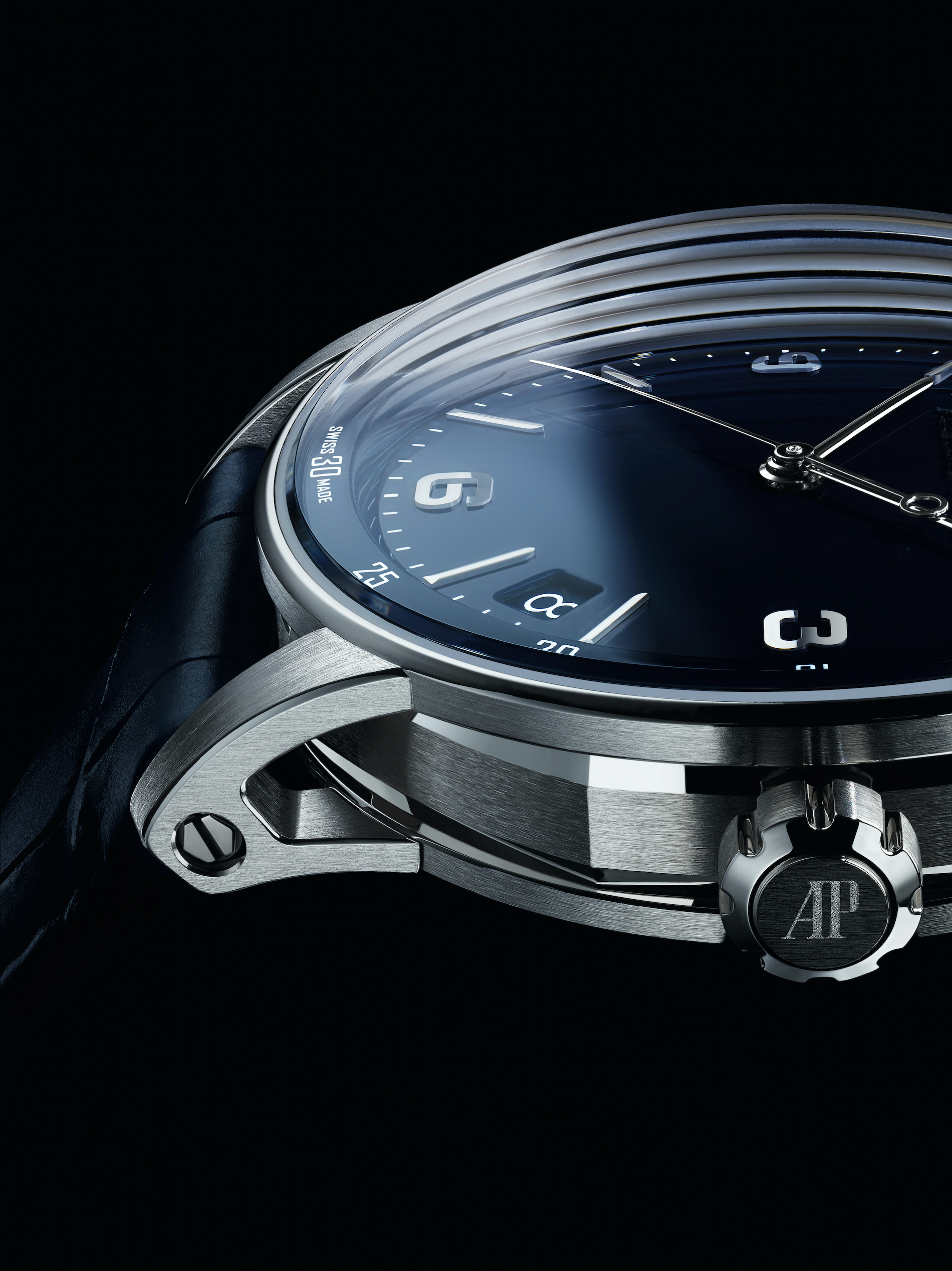 The lugs, on close inspection, are not attached to both the top and the back of the case, only the former. This approach allows easy access to the watch through the case back that can be unscrewed, a clever design feature that can only be seen by the wearer of the watch.

"This watch is all about detail, so we went and pushed detail as far as possible" - Bennahmias 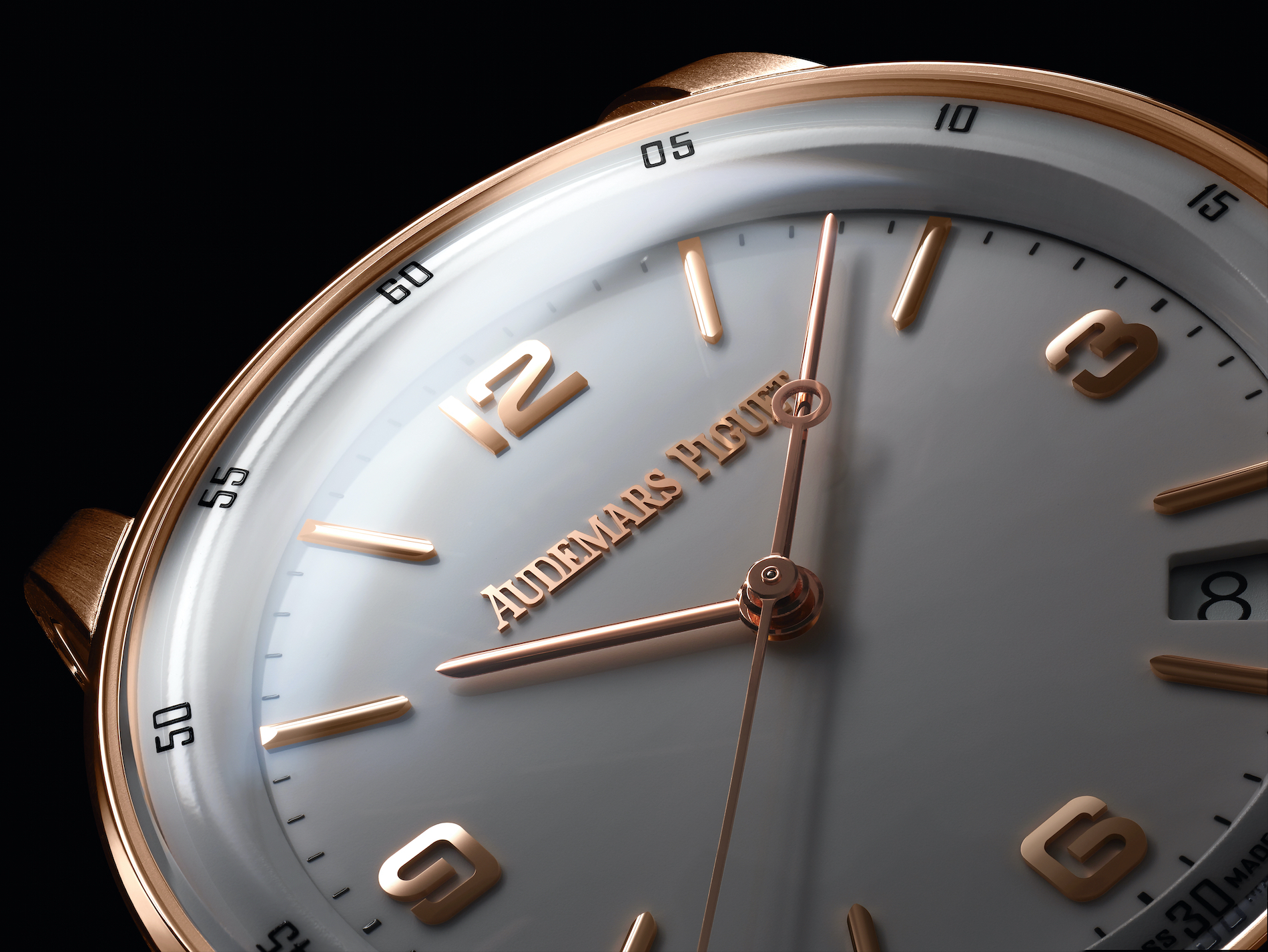 On the dial, the brand logo was created out of 24K gold, fabricated layer by layer by a process called galvanic growth. As such the resolution and detail is sharper, with each letter joined by link the size of a hair's breadth, and the full logo placed by hand to the dial on tiny legs.

As Bennahmias has said, "[CODE 11.59] is a big deal for Audemars Piguet because we have put all of the savoir-faire that we are known for into this particular collection, pushing the finishing details to new limits. This watch is for men and women alike, who appreciate understated style and for whom perfection is in the details." 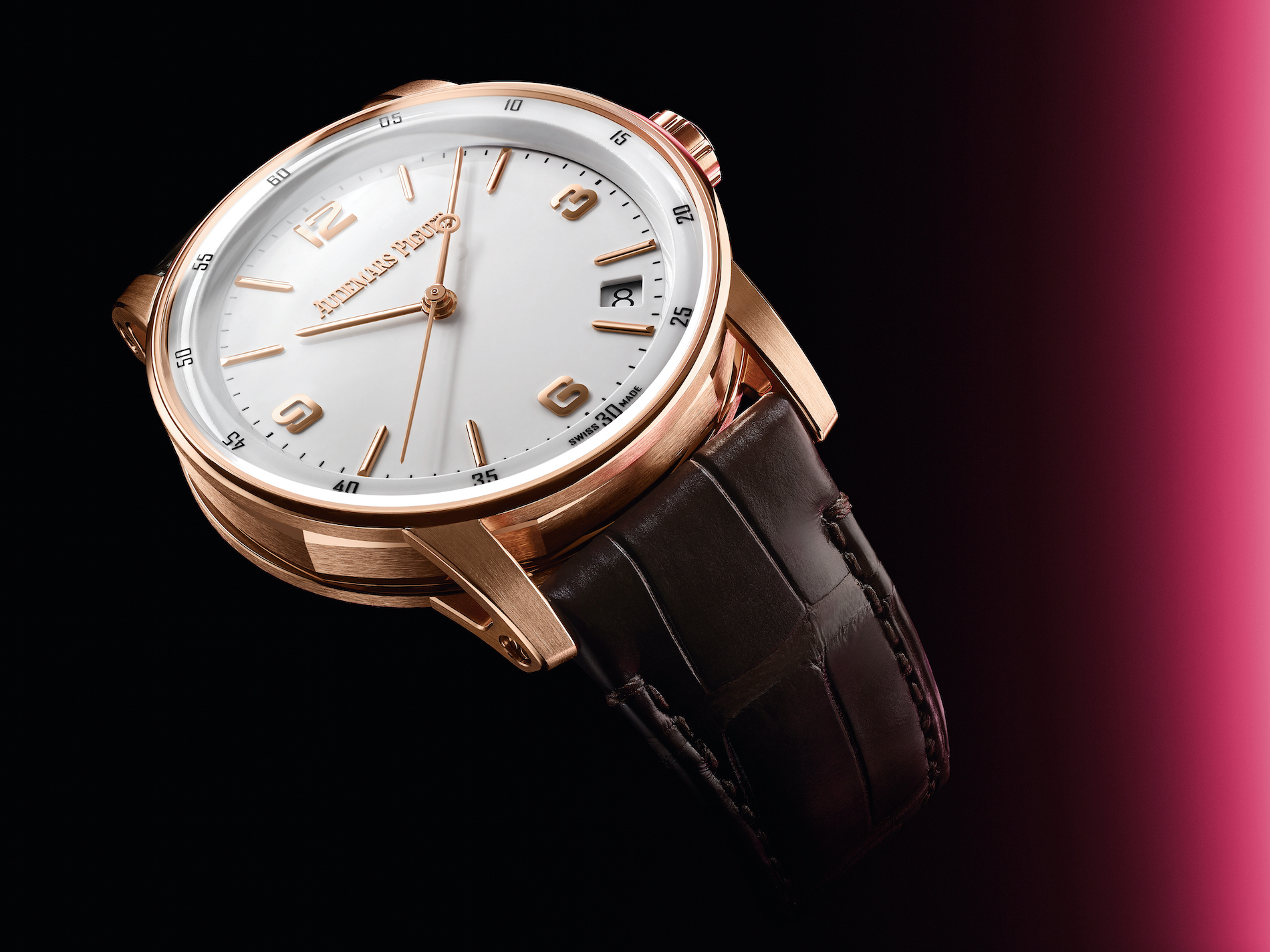 A collection that was seven years in the making, the launch of CODE 11.59 with a complete range of offerings is unprecedented in the watch industry.

But Audemars Piguet is never about being like the rest, is it?

Find out more at audemarspiguet.com 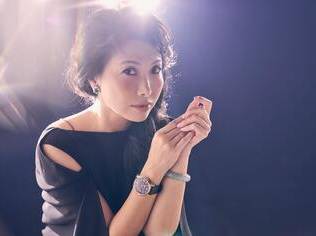