From 31 October to 23 November, Blancpain showcased in its flagship boutique on Fifth Avenue in New York City, a legendary jewelry watch from the 1930s that once belonged to Marilyn Monroe. The timepiece headlined an exhibition entitled Timeless Elegance, featuring personal belongings and a curated selection of photographs of the beloved American actress.

The late Hollywood star's cocktail watch was chosen as a definitive demonstration of Blancpain's expertise and pioneering spirit in the world of feminine watchmaking, displayed alongside a retrospective of the Manufacture's other women's timepieces both past and present. 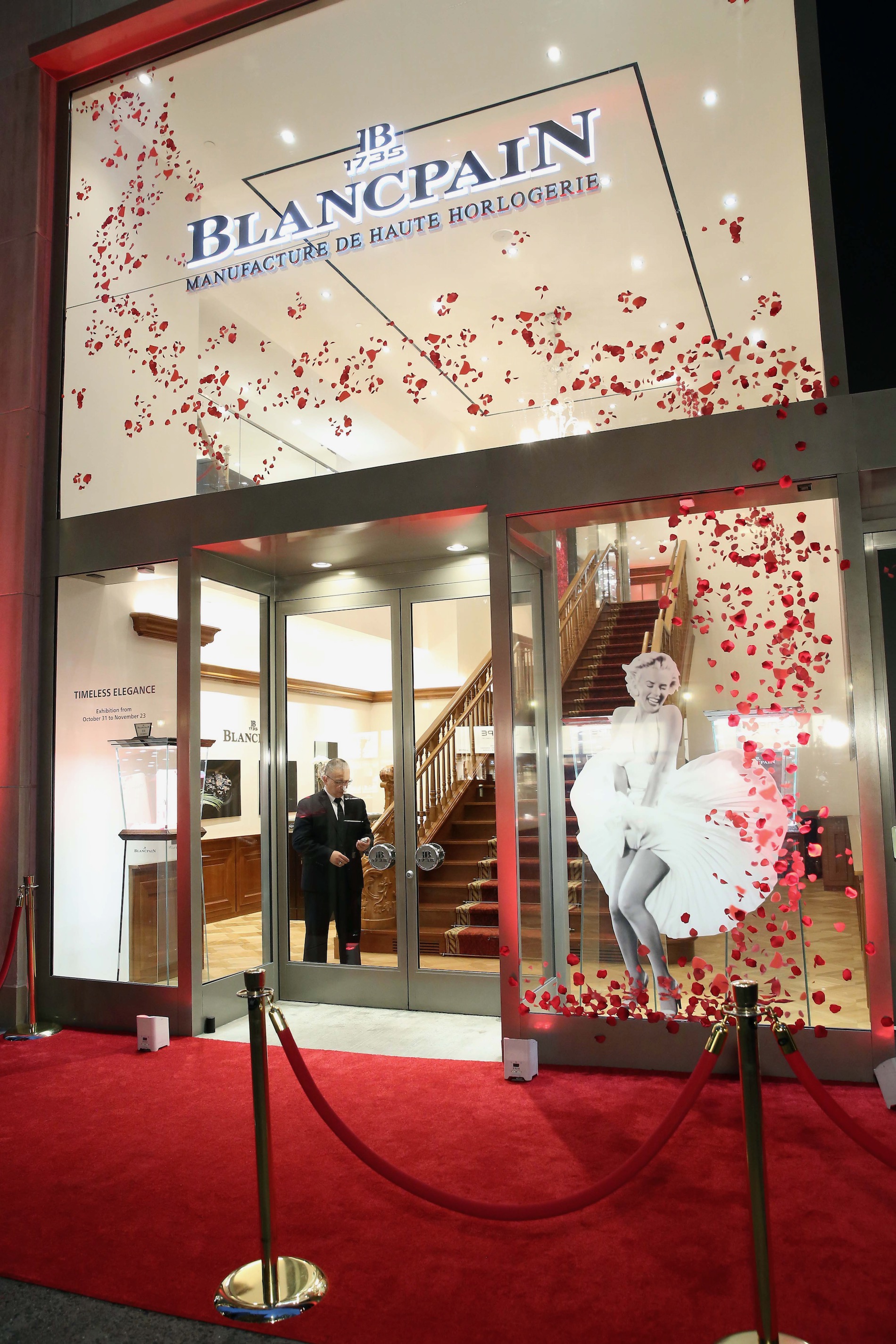 The Art Deco-inspired model, purchased by Blancpain at auction, was paired with several historic personal items that reveal the extraordinary existence and complex personality of the actress. These include dresses, books, a director's chair, a Screen Actors Guild membership card, stationery and receipts from her New York experience. 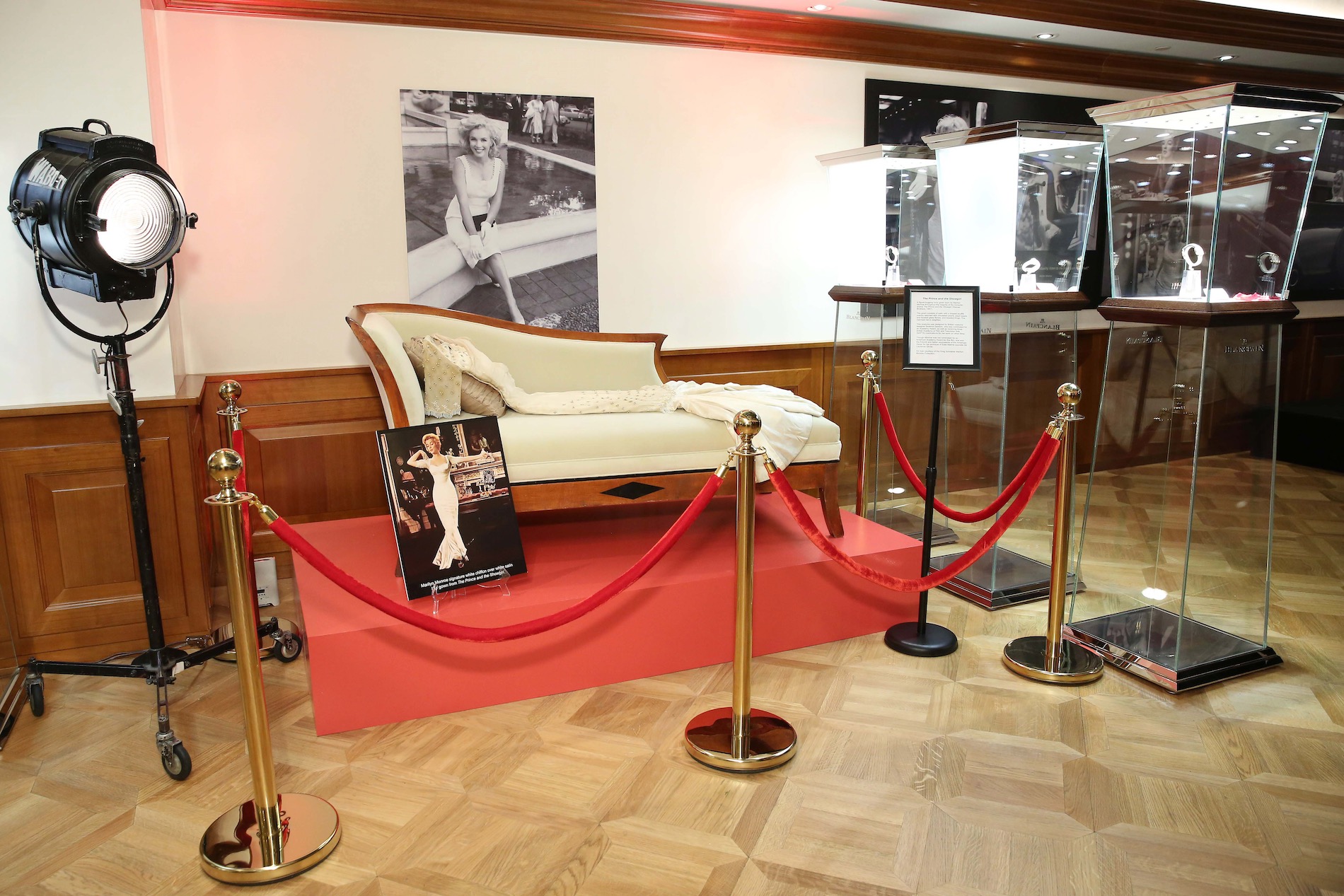 It is believed the Blancpain watch may have been a gift to Marilyn Monroe from her third husband, author Arthur Miller, unveiled for the first time to the public. 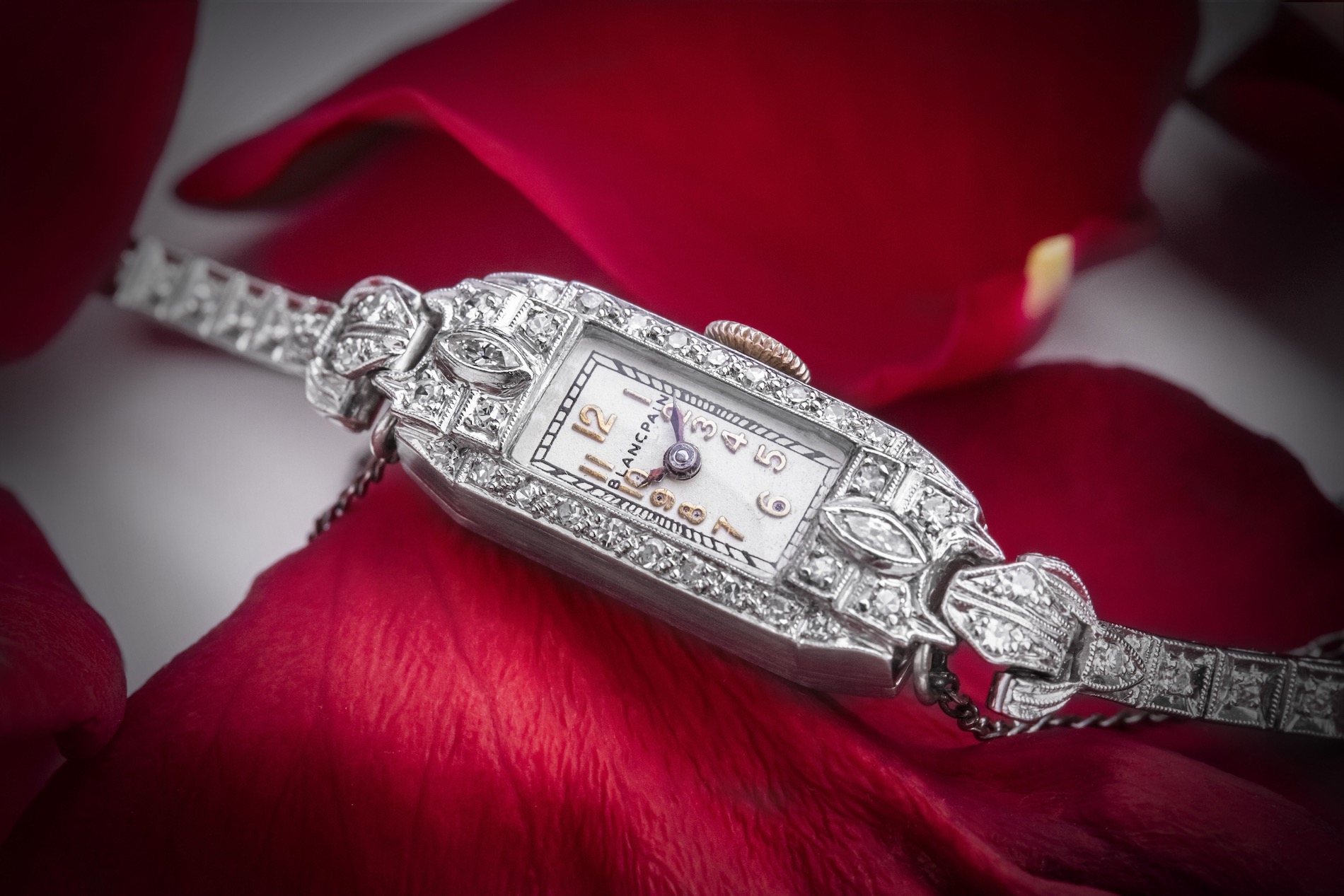 Crafted in platinum and paved with 71 round-cut diamonds and two marquise-cut diamonds, it bears the "Blancpain" insignia on its white rectangular dial with yellow hour-markers and blue hands, as well as the mention "Rayville Watch Co. 17 Jewels" on its tiny mechanical FHF 59 movement. 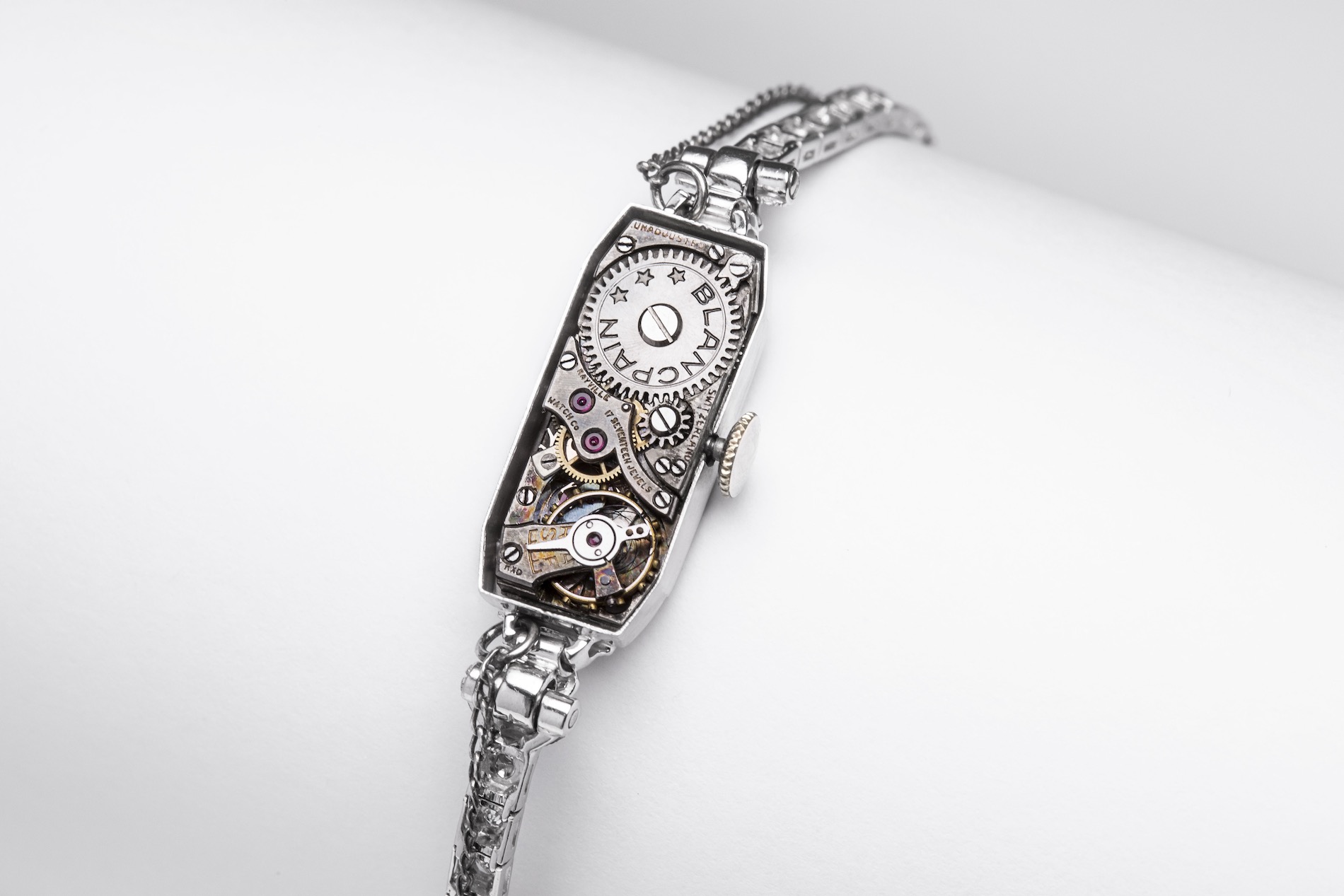 Perhaps there is no better complement for Marilyn Monroe, who unforgettably sang Diamonds Are a Girl's Best Friend in the movie, Gentlemen Prefer Blondes.

Indeed, Blancpain was a pioneer in offering mechanical watches for female customers, unconventional given the predominant belief at the time that this interest belonged solely to men. 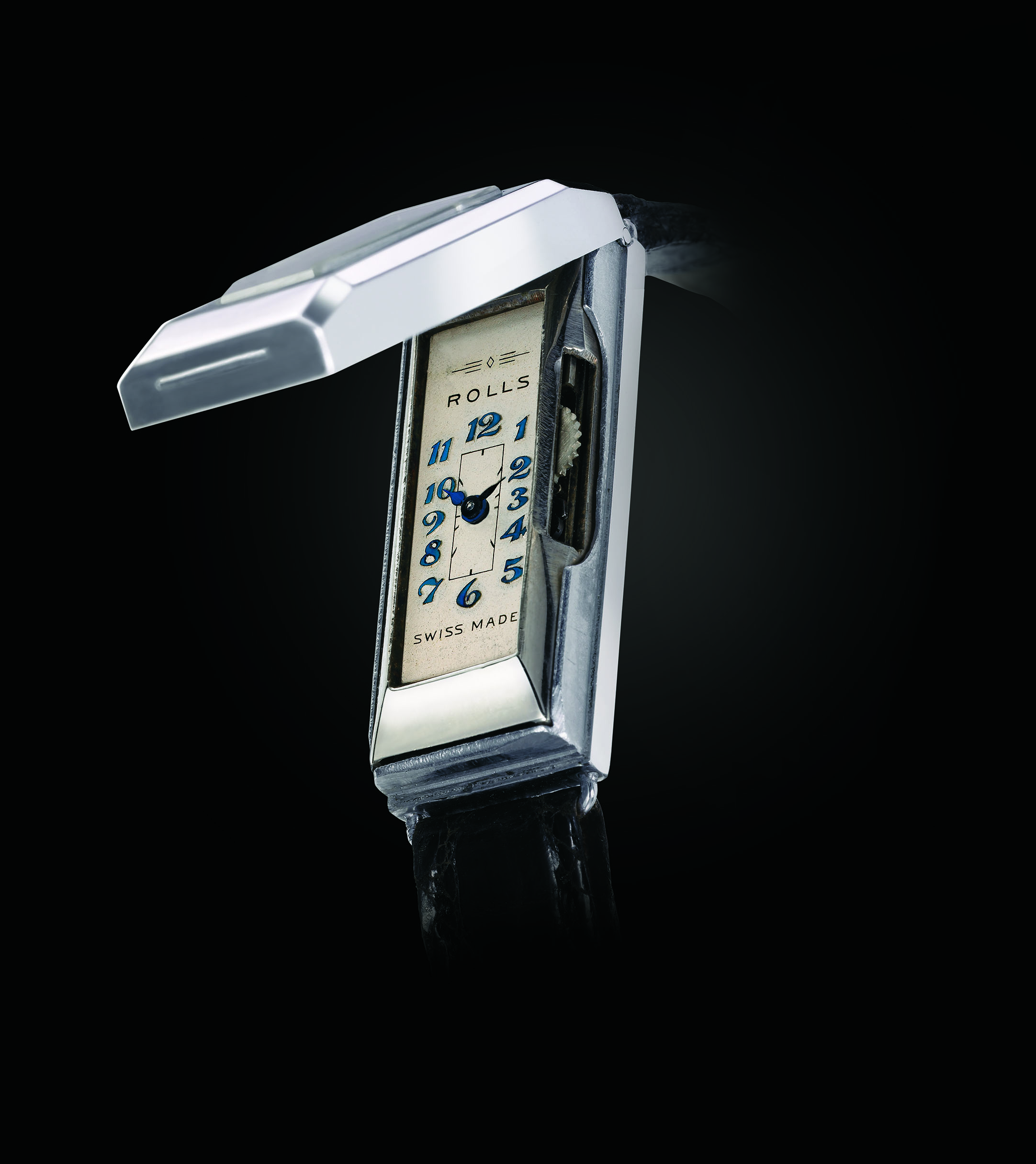 In fact, Blancpain introduced in 1930 the world's first self-winding ladies' wristwatch, the Rolls (above) - now highly sought after by collectors - followed in 1956 by the Ladybird (below), equipped with then, the world's smallest round movement. 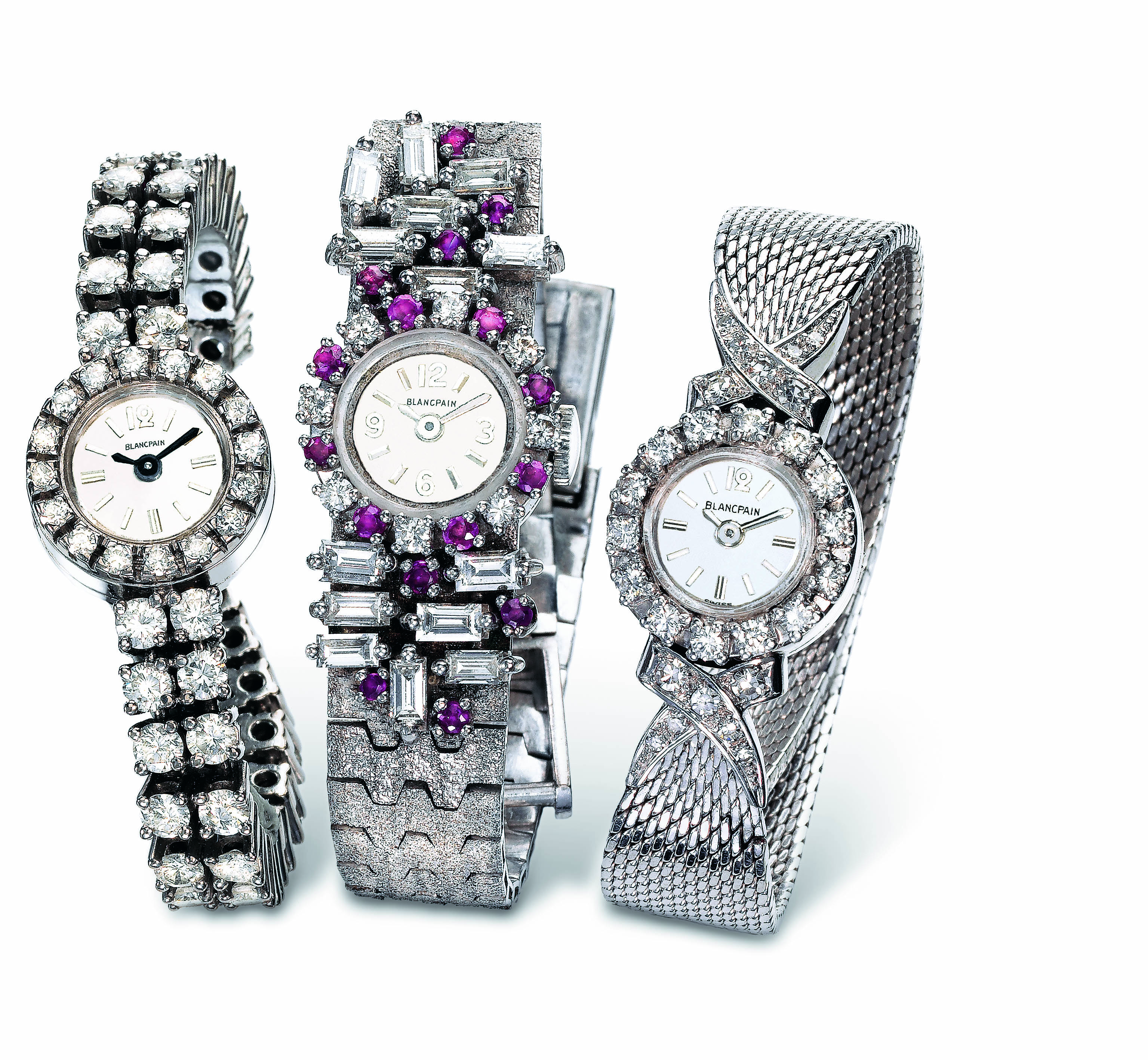 These developments were a reflection of the progressive culture at Blancpain which was helmed by Betty Fiechter (below), the first woman to head a watchmaking company in 1933 - She was widely credited for paving the way for jewelry watches at Blancpain, and  the laying down the foundation for the brand’s international repute in this offering. 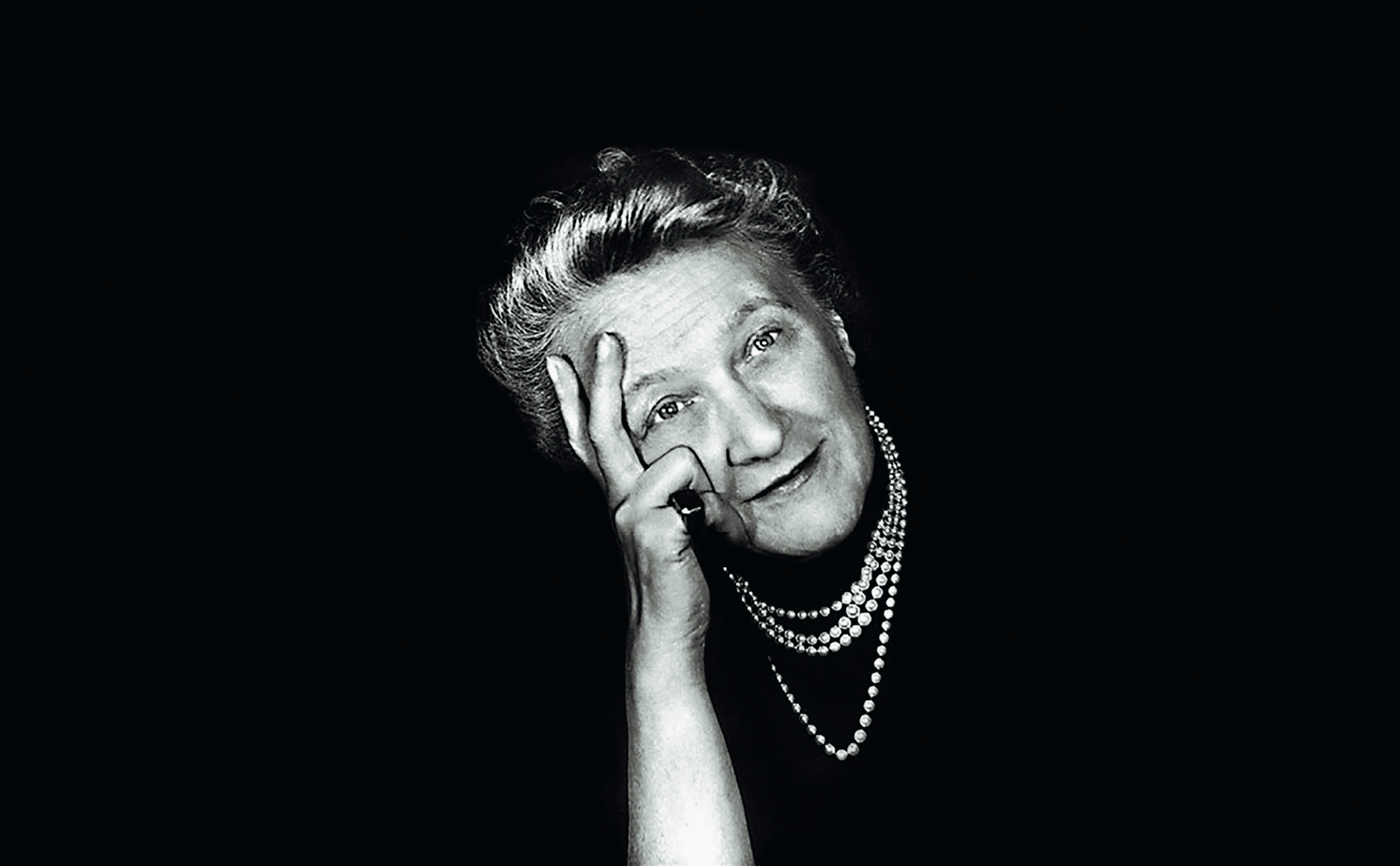 Marilyn Monroe herself was to become only the second American woman to run her own production company.

The two women's destinies may have converged in a Blancpain cocktail watch, but in truth, this is altogether an unscripted story of Blancpain’s history of luxury craftsmanship and innovation aligning beautifully with Marilyn's enduring legacy.

Raffles Courtyard at the Raffles Hotel 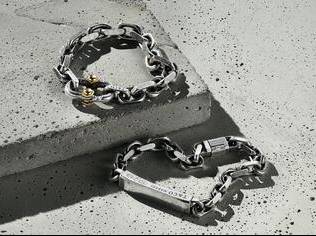 A Look Inside: Clash de Cartier in Singapore