On 20 November, FIFA World Cup Qatar 2022 begins in Qatar with Hublot returning for the fourth time as the quadrennial tournament's Official Timekeeper. 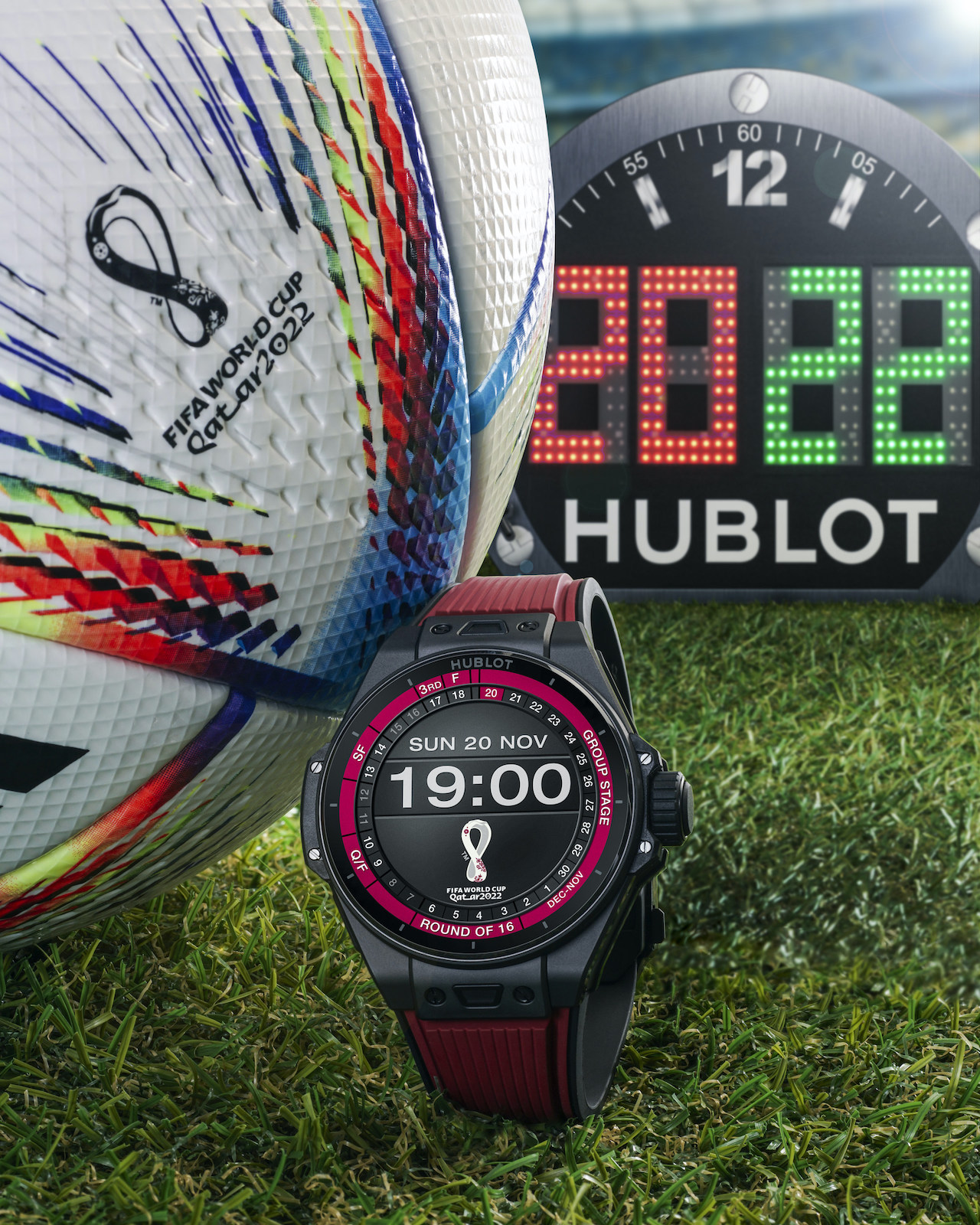 Hublot will keep time of all 64 matches, right through to the final in Doha’s Lusail Stadium on 18 December 18.

Through the nearly-one month sports event, more than 1 billion viewers are expected to tune in around the world.

Exuding optimism, the new logo for the campaign that has been hand-drawn by Mikati captures a youthful, hopeful enthusiasm and communicates a spirit of unity.

Mira has also been enlisted with creating 15 unique designs on footballs, working with 15 Hublot Ambassadors and Friends of the Brand.

Each football of a representation of the personality's dreams. Each is a one-off, a piece of art created to capture the themes of hope and universal respect. Mira has hand-drawn and painted some footballs, crocheted others, employing a diversity of methods that is similar to the global representation of the sport. 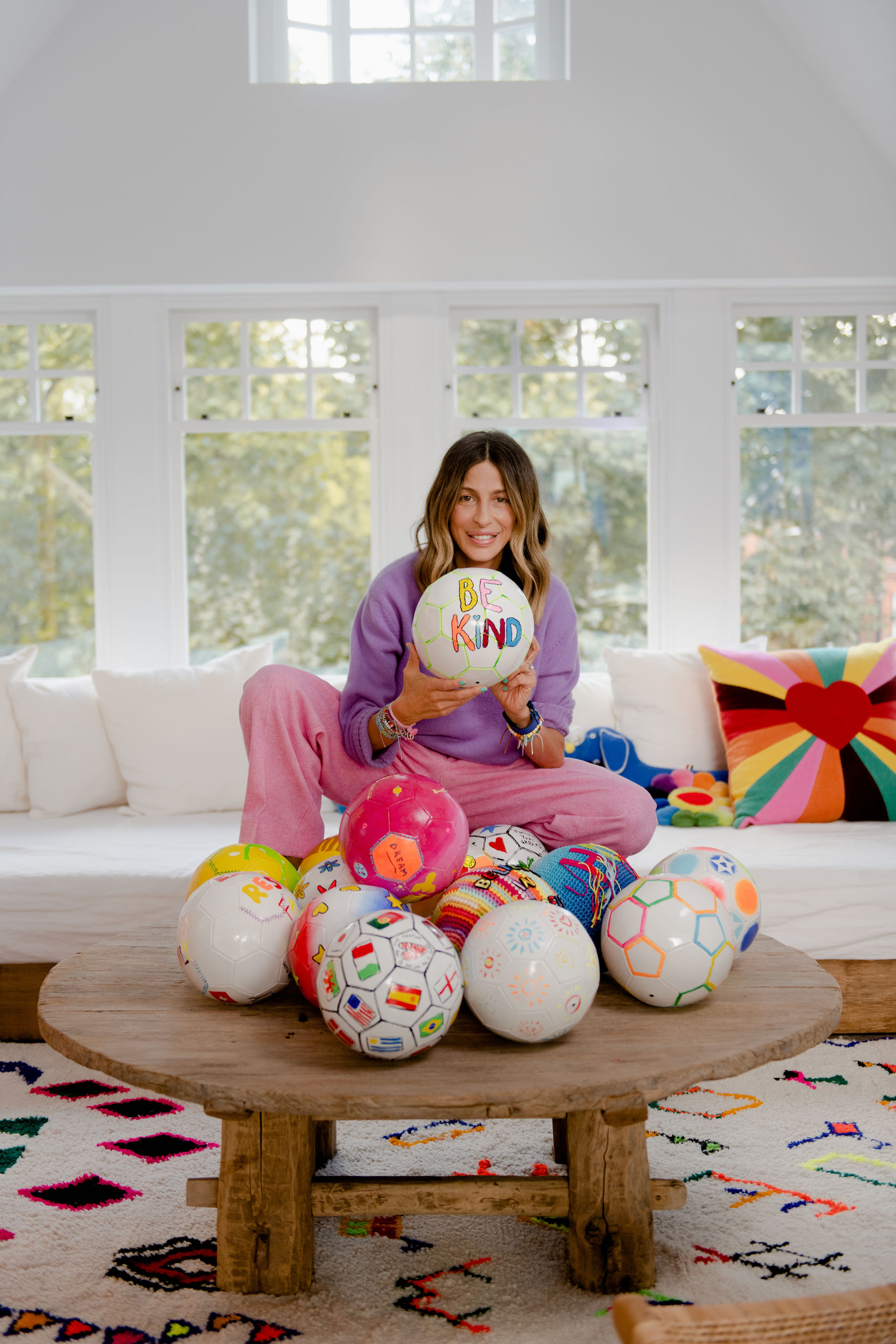 The 15 Hublot Ambassadors and Friends of the Brand are household names in football, with several World Cup winners themselves.

Mira described the challenge of designing a ball for talismanic French international striker Kylian Mbappé as one of the most exciting of her career. She wanted to capture the concepts of “dream” and “dedication” to illustrate how he has devoted himself to realising his wildest ambitions.

The colours reflect his story. Pink, his favourite, for his first dream football boots. Orange for Inspired by KM, his children’s foundation. And blue for France and the beauty of the sky. 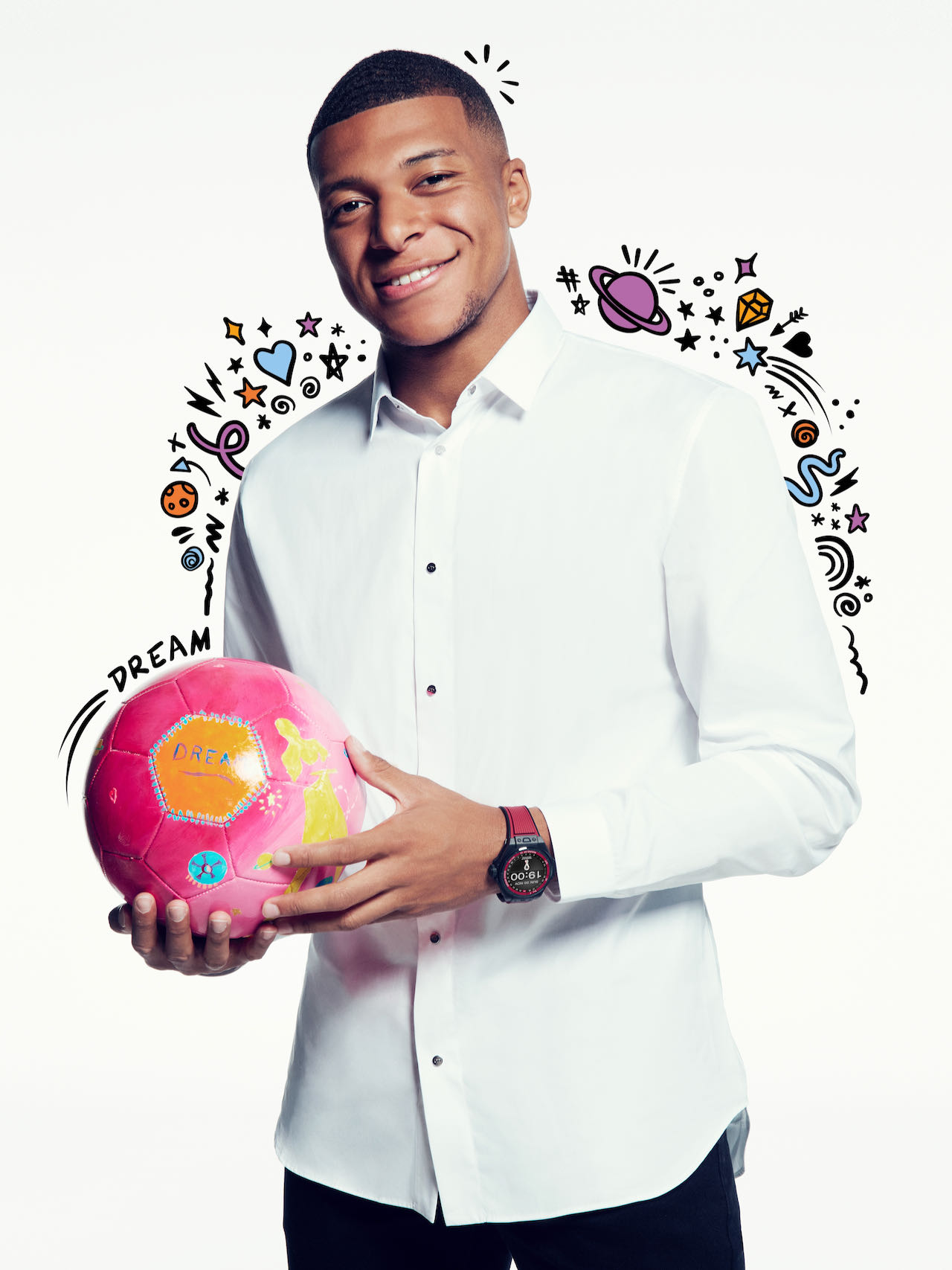 The finishing touch is the date, 12 July 1998, the day Marcel lifted the FIFA World Cup™ with France. 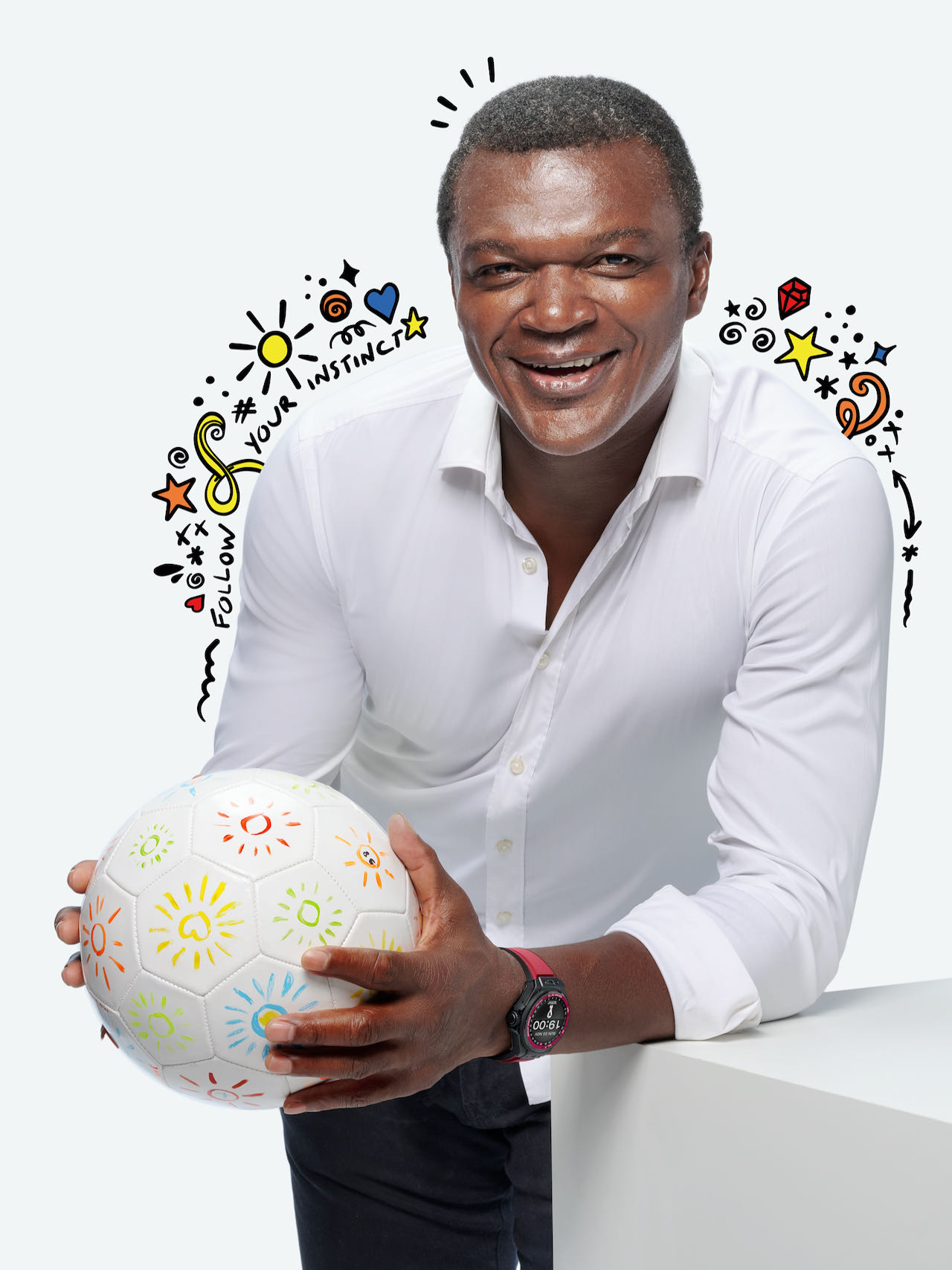 Didier is one of only three men to win the FIFA World Cup™ as both player and manager, both for his native France. Mira wanted to honour his extraordinary career in his design, creating “the victory ball”. It’s decorated in the colours of the French Tricolore flag and with stars, hand drawn and painted as if by a child to represent victories yet to come. 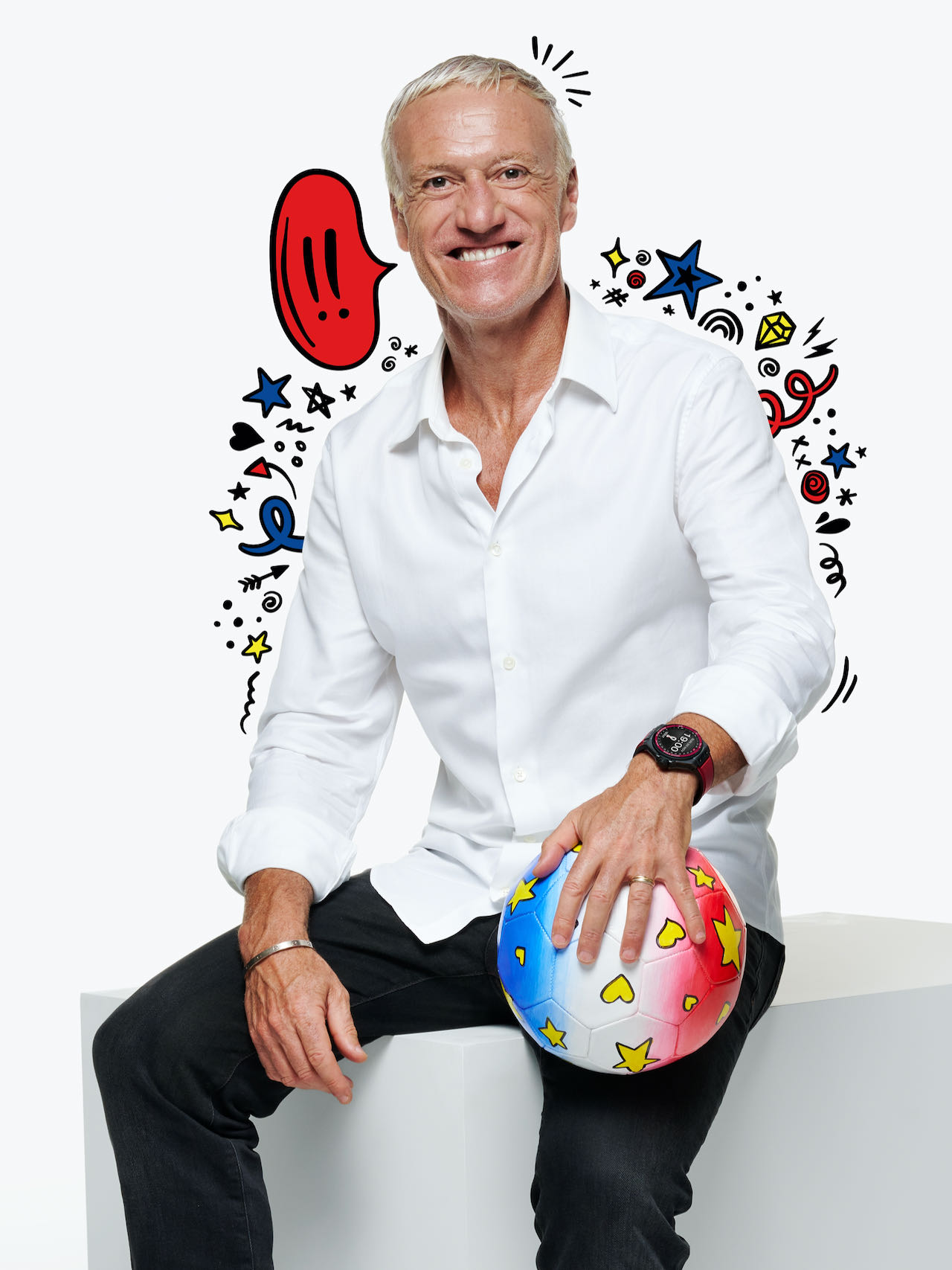 In the creative session with Mira, former Portuguese international Luis drew a clover leaf on a football to bring luck to everyone he loves.

Mira added stars and hearts to remind him of his many glorious victories and memories, and his mantra: “Follow your Dreams. Never Lose Faith.” The dark green, blue and white colours are his son’s favourites. 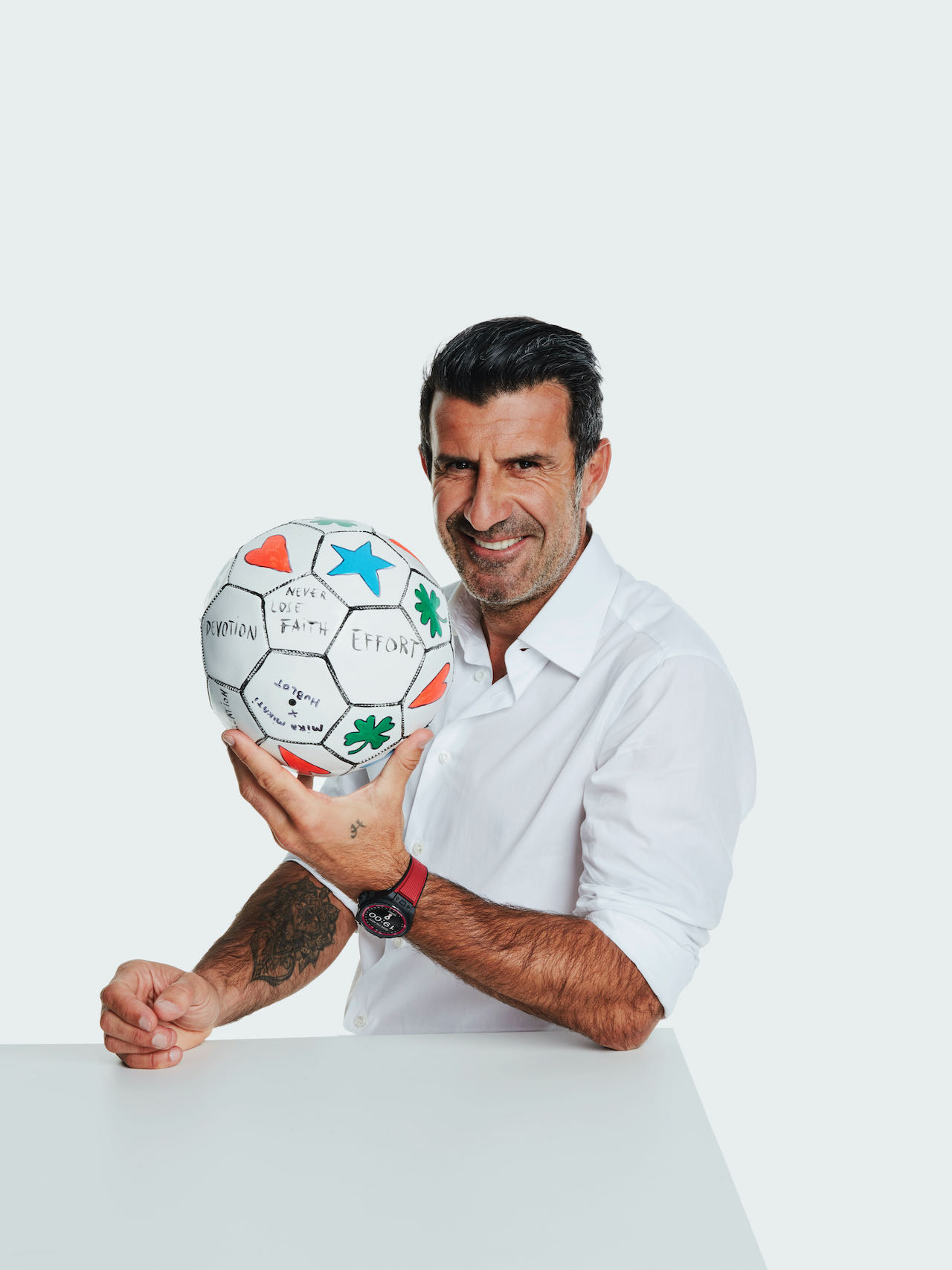 Jose is one of football’s greatest ever managers, and known for his pithy insights. He gave Mira two. First: “The World Cup ball must represent all the colours of the world.” So Mira created cheerful, graphic interpretations of the competing nations’ flags.

And second, his secret motto: “The most important victory is the next one.” She added these bright, forward looking words to his design. 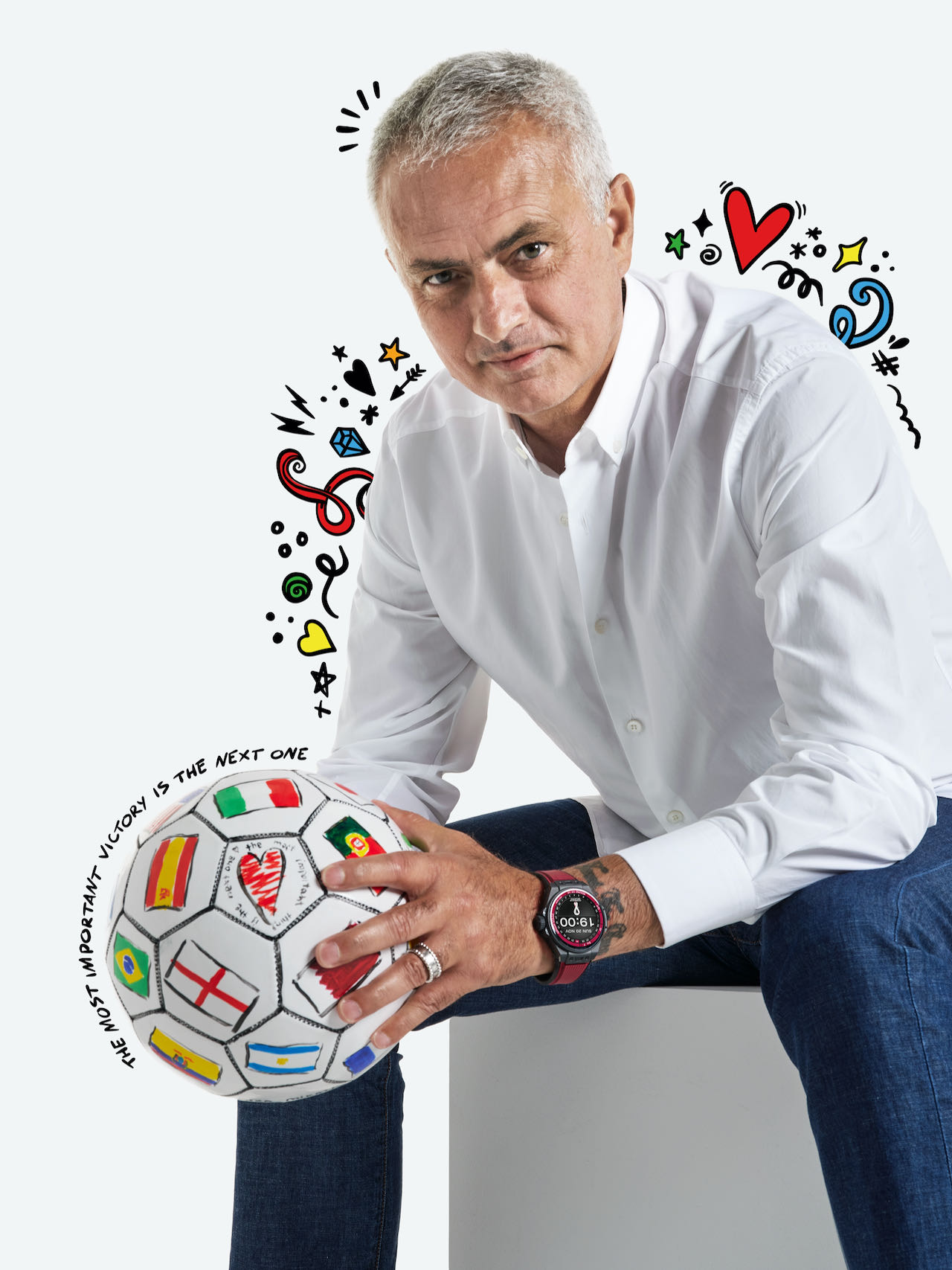 Xherdan is an icon of Swiss football. Mira designed a ball that celebrates his love of family and the value of respect that was passed down to him by his parents.

She used hand written, colourful typography to connect him to those values and give him energy. 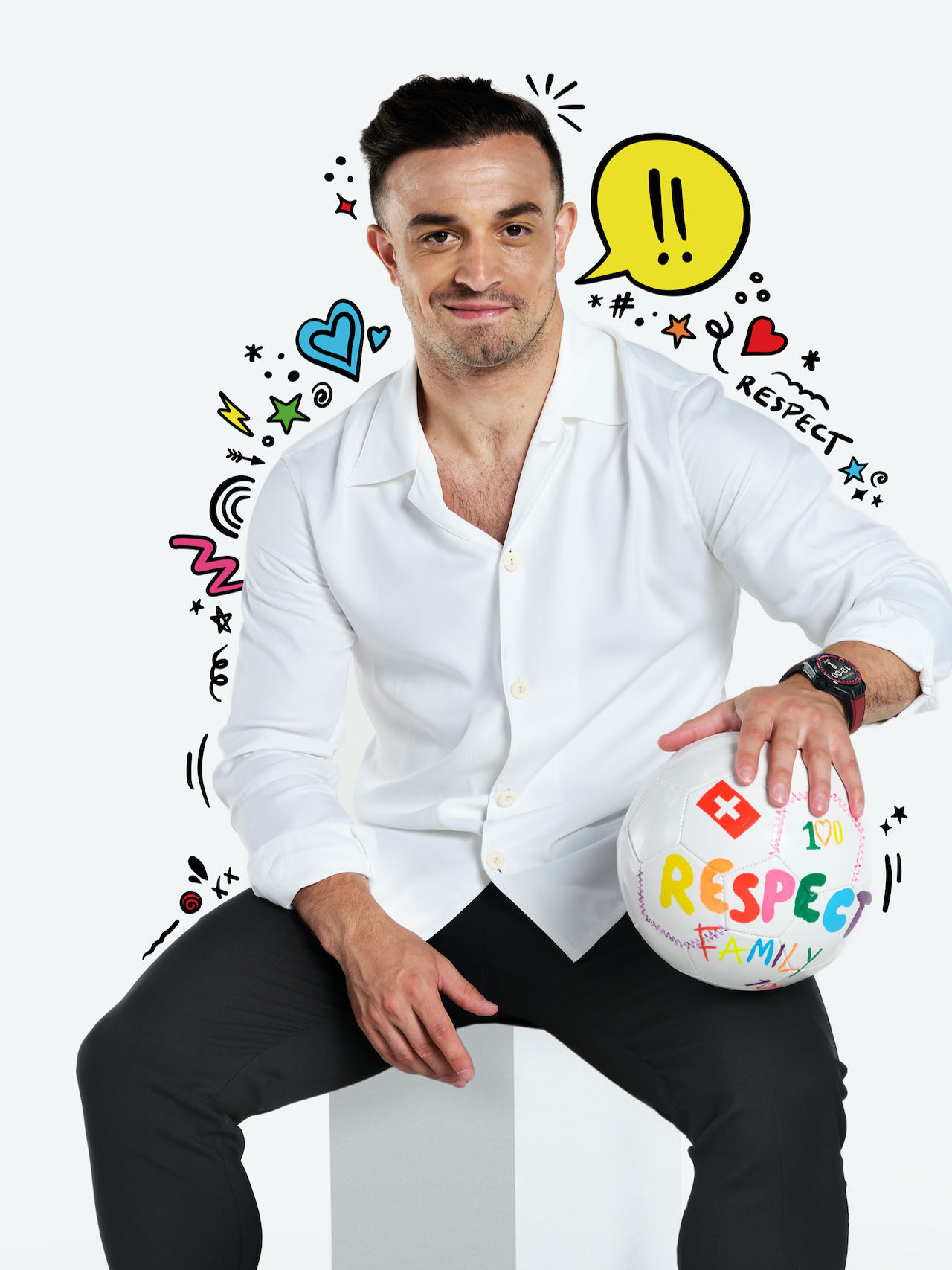 Speaking with England manager Gareth, Mira said she developed a profound understanding of the power of human values in football. One of Gareth’s maxims is “Be Brave, Be Kind and Follow Your Dreams!”.

The dominant colour is green, an emotional colour for Gareth inspired by football pitches. 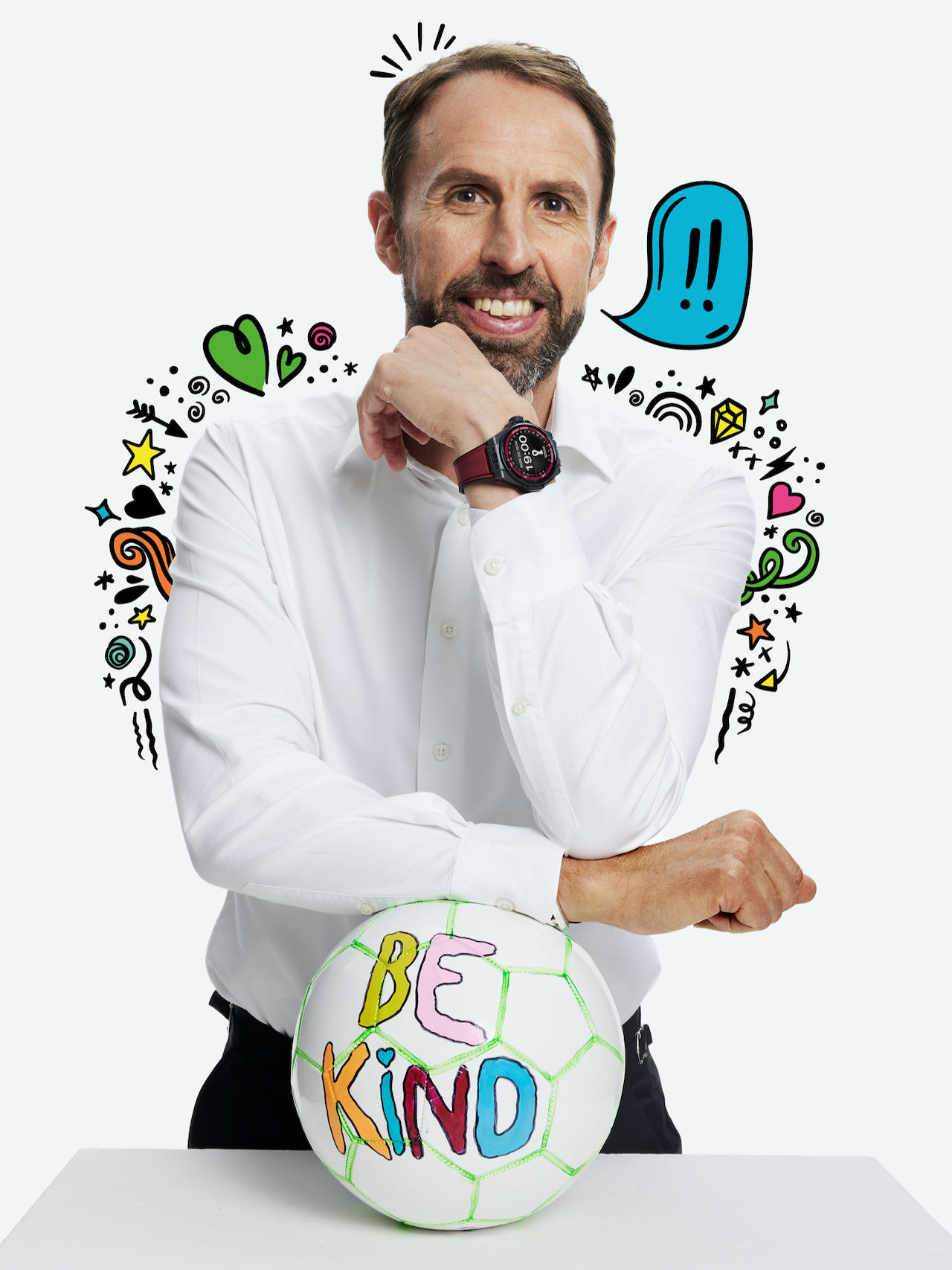 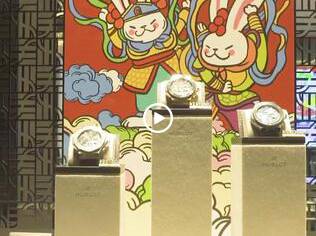 Hublot celebrates Year of the Rabbit at its boutique in Shenzhen, China 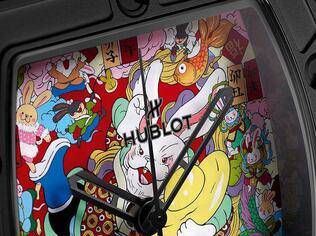 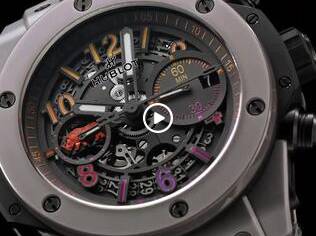 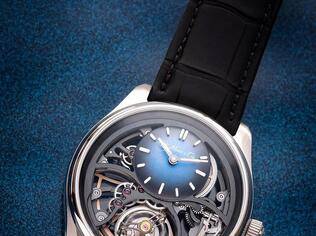 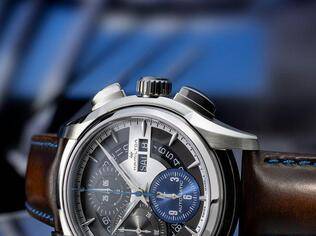 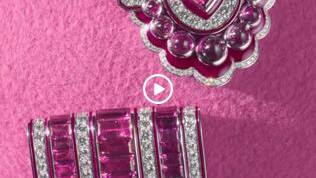