The continuing festivities around Cortina Watch's 50th anniversary celebration continues with a new limited edition release in partnership with Blancpain.

To mark the launch of this unique rendition created especially for Cortina Watch’s anniversary festivities, Blancpain will be presenting the ‘Fifty Fathoms Bathyscaphe’ exhibition at the main atrium of Paragon Singapore, from 23 May to 5 June 2022. The exhibition will be accessible to the public daily from 11am to 8pm daily. 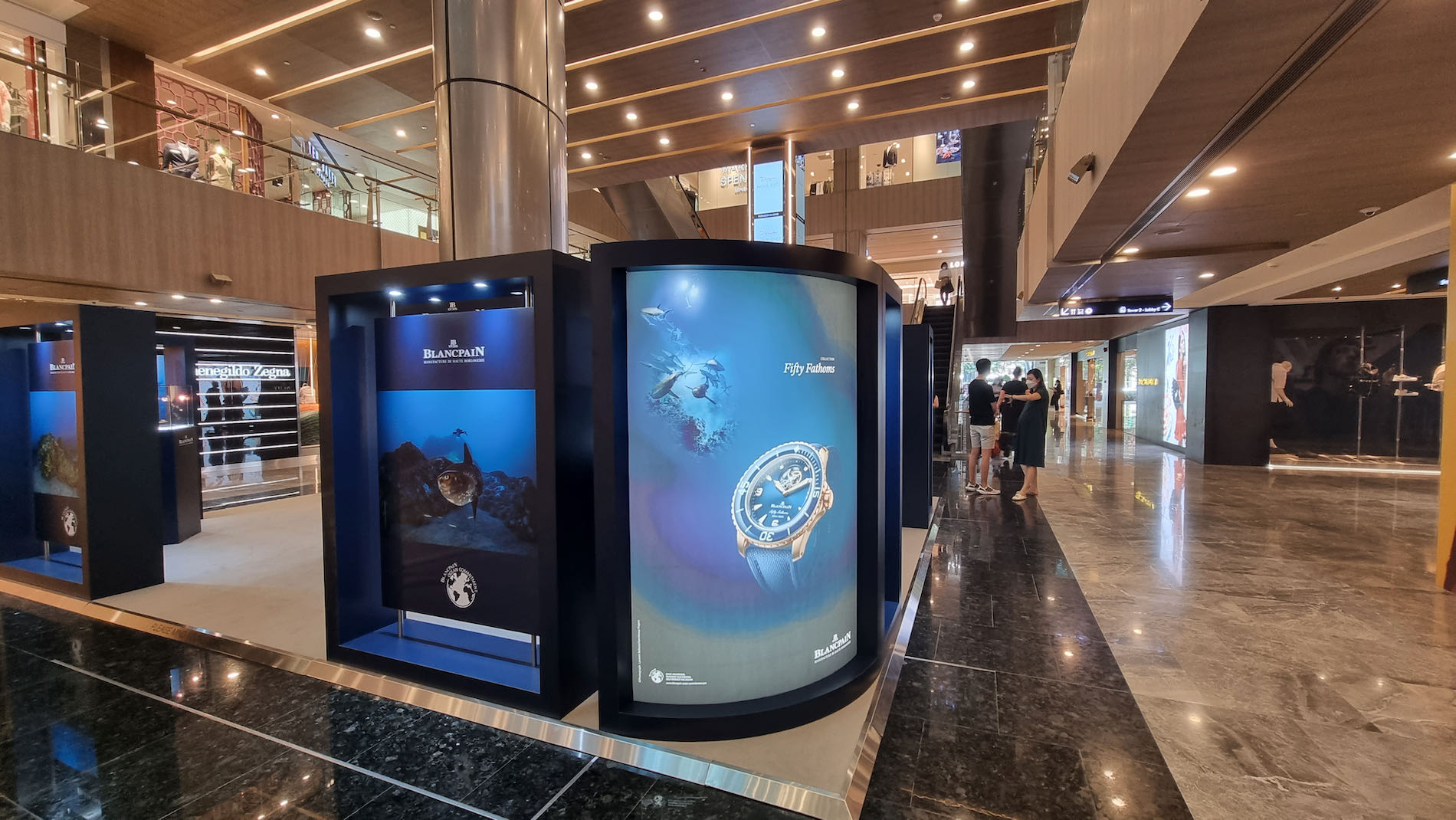 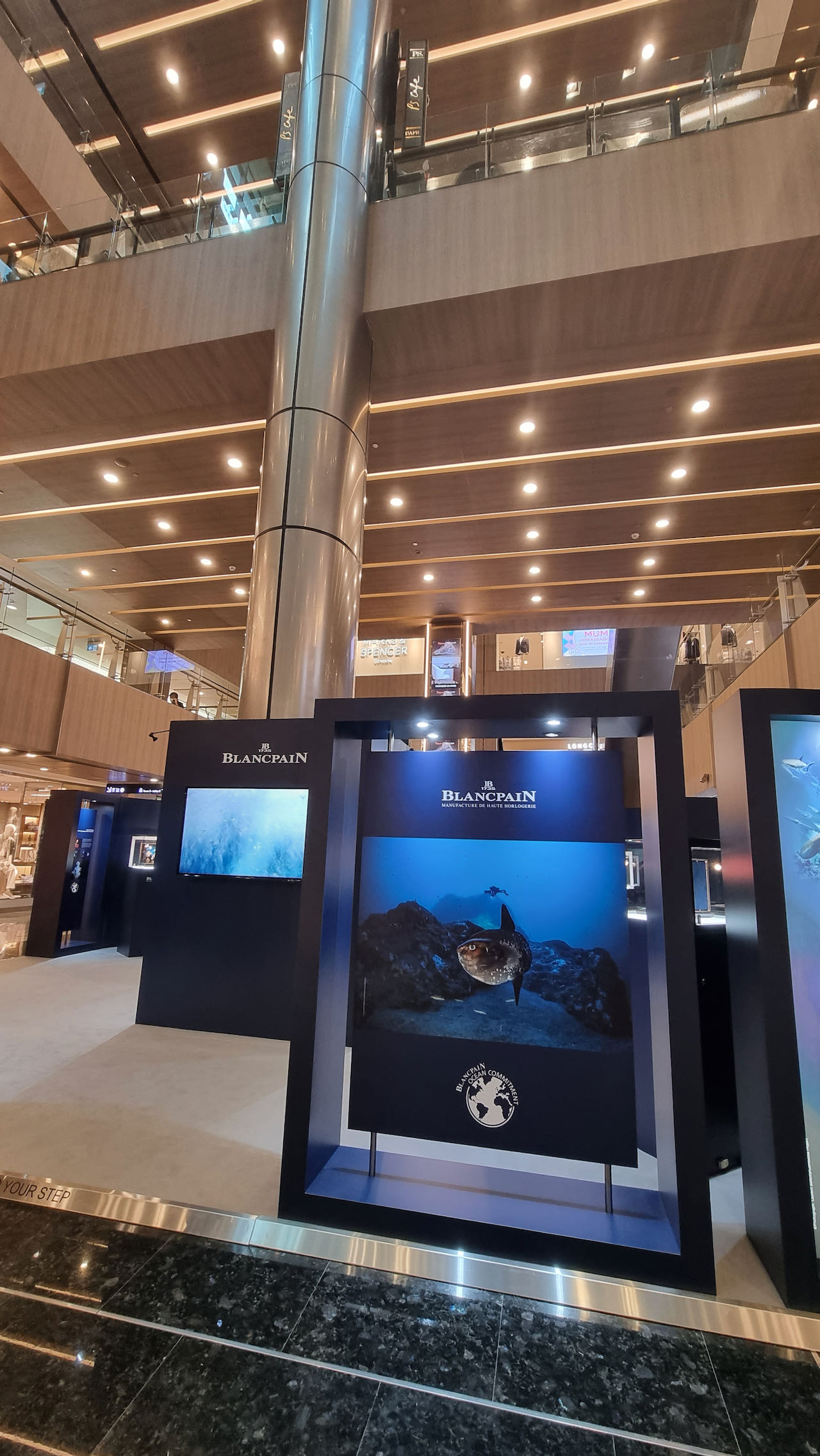 Since its creation in 1953, the Fifty Fathoms by Blancpain has been the archetypal modern diver's watch. The collection embodies Blancpain's passion for the underwater world that was originally expressed 65 years ago with innovations that have defined the timepiece to accompany diving adventures, missions, both recreationally and military purposes.

Following up on the success of the Fifty Fathoms in military service and having observed a rise in the interest for recreational diving, Blancpain brilliantly launched the Bathyscaphe model in 1956, as a reliable everyday tool watch for the civilian enthusiasts. Today, some seven decades on, the Fifty Fathoms and the Fifty Fathoms Bathyscaphe have transcended to become revered luxury timepieces, highly sought after by connoisseurs, offering the versatility of both extraordinary reliability and quiet elegance.

Related
Blancpain Fifty Fathoms - Not Just an Archetypal Modern Diver’s Watch, but an Icon of Style and Innovation: Read Story 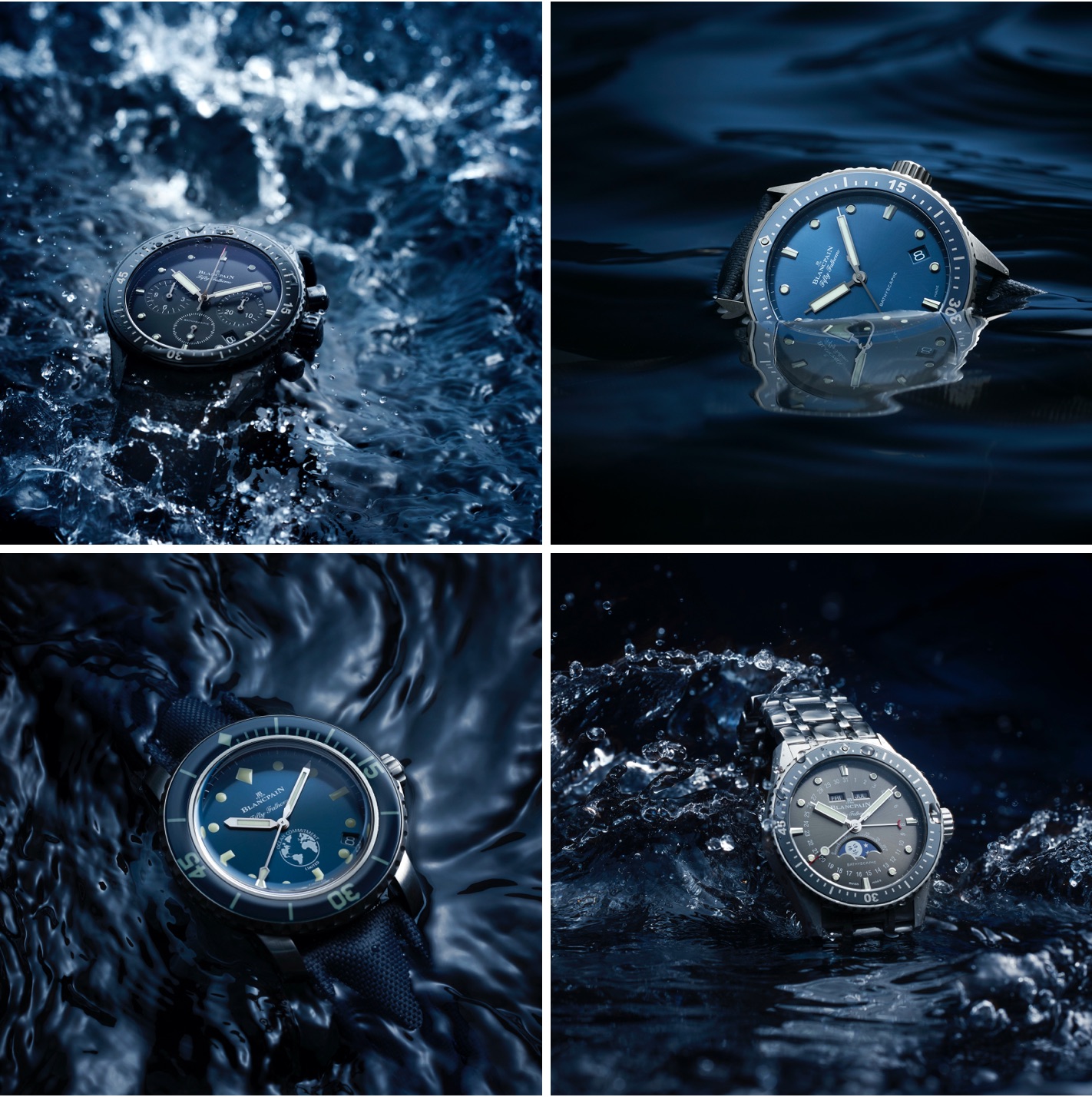 Speaking about their two decades of shared passion, CEO of Cortina Watch Mr Jeremy Lim said, “Blancpain and Cortina Watch have shared a close-knit relationship since the beginning of our partnership in the early 2000. For the 50th anniversary limited edition timepiece, we tried to retain the aesthetic codes of Blancpain’s original Bathyscaphe model back in 1956, and at the same time infused elements of individuality. I hope our enduring relationship will continue to strengthen and flourish for the next 50 years and many generations to come.” 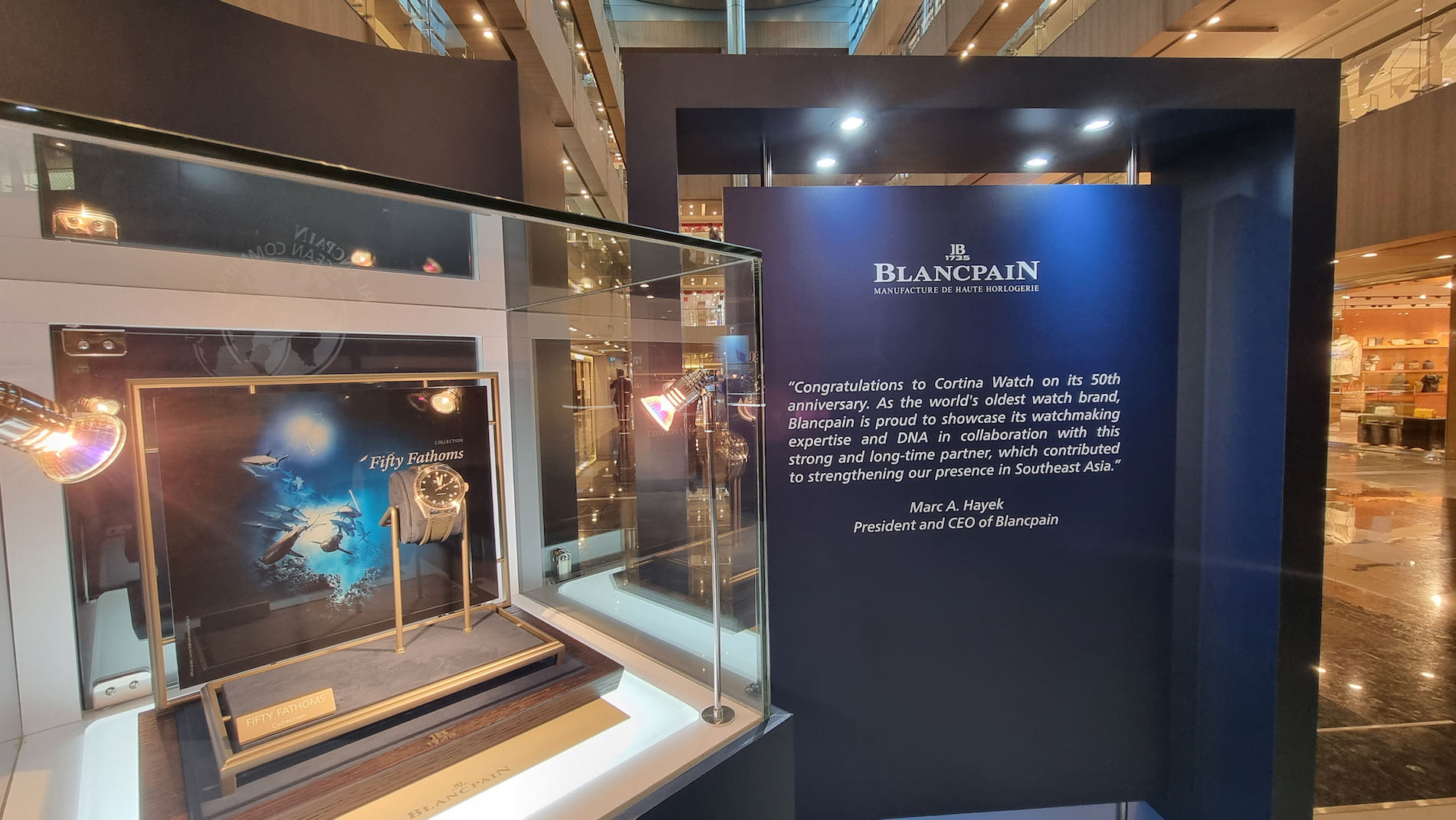 President and CEO of Blancpain, Mr Marc A. Hayek, congratulated Cortina Watch on this milestone saying, “Congratulations to Cortina Watch on its 50th anniversary. As the world's oldest watch brand, Blancpain is proud to showcase its watchmaking expertise and DNA in collaboration with this strong and long-time partner, which contributed to strengthening our presence in Southeast Asia.” 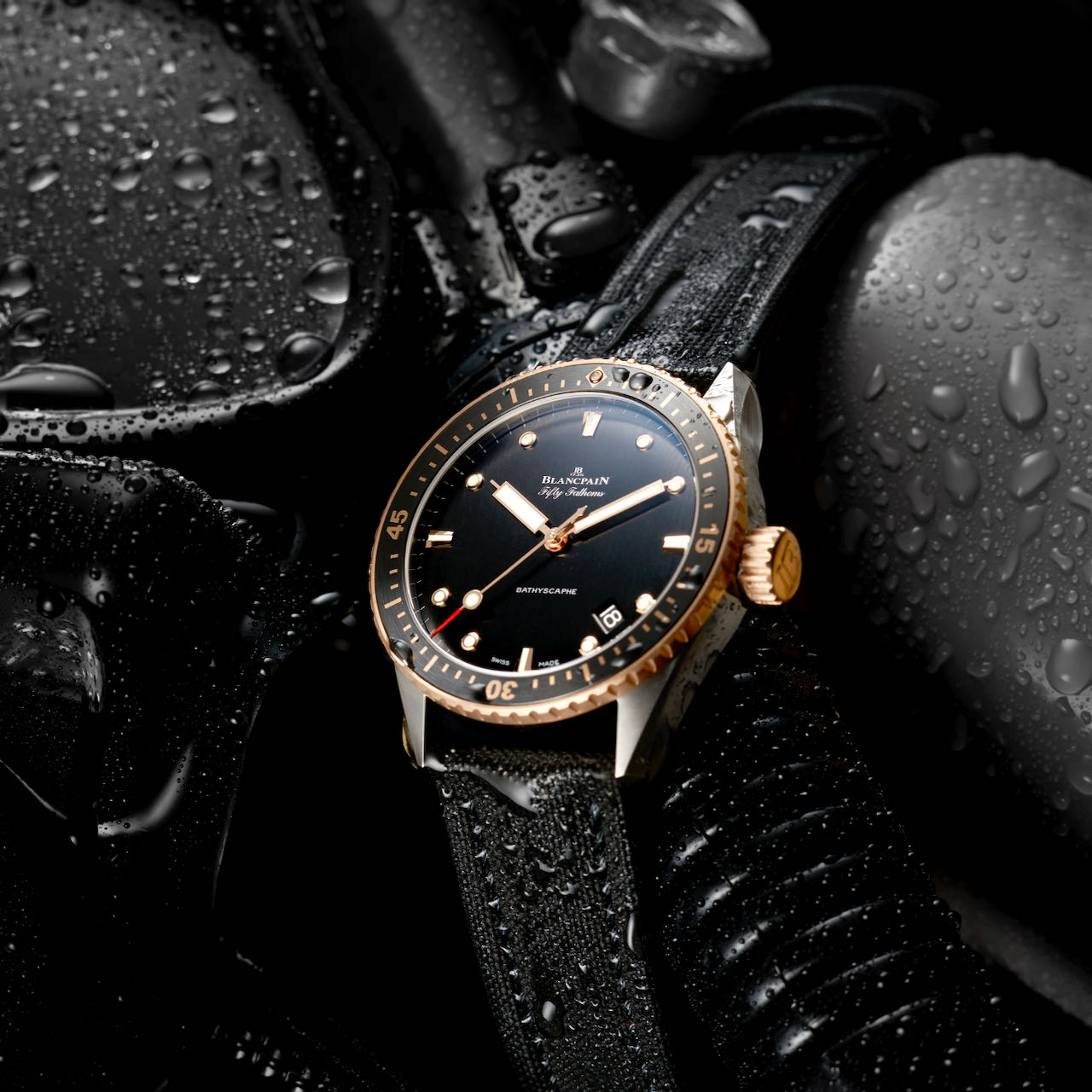 The 43 mm limited-edition Fifty Fathoms Bathyscaphe is forged in titanium with a sharp silhouette and satin finish. The unidirectional bezel comes in Sedna® gold — a gold, copper and palladium alloy guaranteeing exceptional durability — fitted with a ceramic bezel insert and Ceragold® markers.

The black vertical brushed dial of the timepiece features outsized Sedna® hour-markers and hands, enhanced with Super-LumiNova® for superior legibility in the dark. 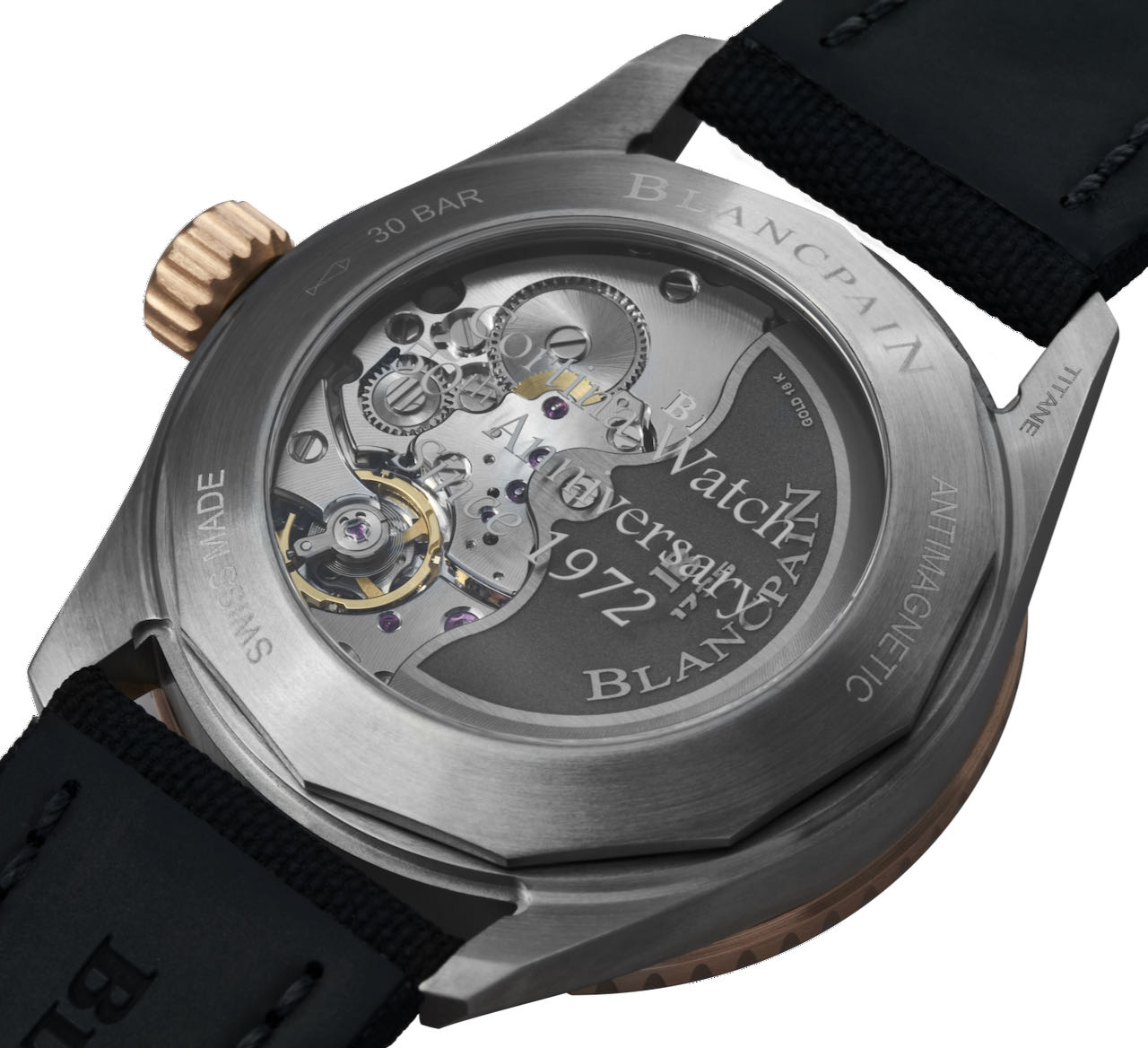 The sapphire crystal back of the timepiece has been printed with the words, “Cortina Watch 50th Anniversary Since 1972” in declaration of the milestone it has been made to celebrate.

Inside, the in-house Calibre 1315, s self-winding movement with three series-coupled barrels, provides five days of power reserve, and features a silicon balance-spring that renders it impervious to the detrimental effects of magnetism.

It is also distinguished by a high level of finishing that is synonymous with Blancpain, with a sandblasted, satin-finished oscillating weight to top it all off.

Beyond its technical merits, Blancpain's Fifty Fathoms Bathyscaphe for Cortina Watch is ultimately an enduring symbol that all at once represents Blancpain’s nearly three centuries of watchmaking mastery, its pioneering spirit in having created the world’s first professional dive watch and Cortina Watch’s own pioneering spirit, which has played a crucial role in shaping and progressing the culture of horology in the Asia Pacific for the past 50 years with many more years yet to come.