In celebration of the final match of the sixth-annual Piaget Gold Cup tournament on Sunday, Piaget hosted an exclusive champagne reception at the International Polo Club, Palm Beach to introduce its Couture Précieuse collection of high jewellery. The 7th Chukker terrace was transformed into a glamorous couture lounge accented with David Downton fashion illustrations and fragrant bunches of Yves Piaget Roses.

Crafted in white gold and accented with diamonds, pearls and precious gemstones, Piaget’s newest collection features elegant motifs such as fans, ribbons and embroidery details taken from the Haute Couture. Along with the high jewellery, the House displayed a selection of its latest watches including the Altiplano 43mm—the world’s slimmest automatic watch, the new Gouverneur watch and two striking black-on-black Piaget Polo FortyFive watch models in ADLC-treated titanium.

Arriving fresh off the field from her victory over ERG in the Butler Handicap, was Piaget polo team captain Melissa Ganzi, accompanied by her husband Marc.

Following the reception, guests were treated to the final match of the USPA Piaget Gold Cup tournament between Valiente and Zacara.

It was a heated competition amongst some of the world’s best polo players, including 10-goalers, Adolfo Cambiaso and Pelon Stirling from Valiente and Facundo Pieres from Zacara. 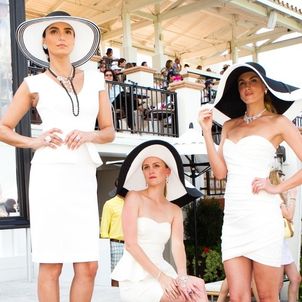 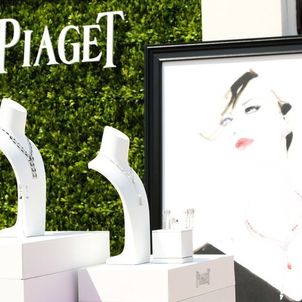 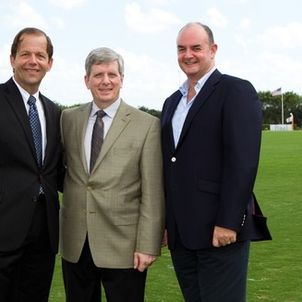 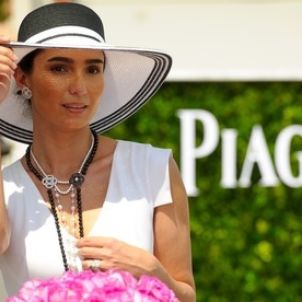 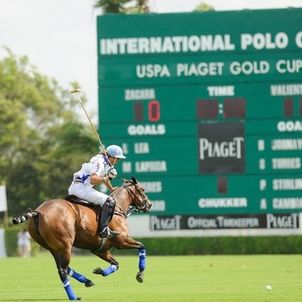 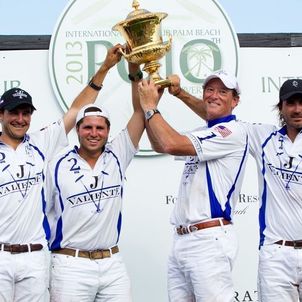