Hideki Matsuyama became the first Japanese man to win a major golf championship on Sunday 11 April, claiming for himself the famed green jacket at 85th Masters held at Augusta National and a prize money of US$2.07 million. He becomes only the second Asian man to win a major title after South Korea's Yang Yong-eun at the 2009 PGA Championship.

Matsuyama, ranked 25th, hadn't won since the 2017 WGC Akron tournament, and it took 87 starts before he triumphed this past weekend, matching the victory from his only other 54-hole outright PGA lead, at the 2016 WGC Shanghai tournament.

The best prior majors by Japanese men were Isao Aoki's runner-up effort at the 1980 US Open and Matsuyama's share of second at the 2017 US Open. No prior Japanese player had finished better than fourth at the Masters. Japan's two previous major golf titles belonged to women, Chako Higuchi from the 1977 LPGA Championship and Hinako Shibuno at the 2019 Women's British Open. 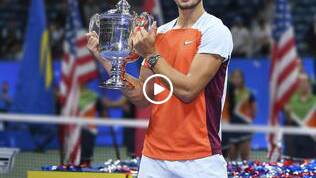