To mark the event of Rugby World Cup 2019 and celebrate its partnership with All Blacks, New Zealand’s national rugby team, Tudor presents the Black Bay Chrono Dark, a black version of its Black Bay chronograph in limited edition.

This watch has been launched with the same number of timepieces as All Blacks players since the team's creation.

Unusually for TUDOR, the new model is a limited edition: a watch to pay tribute to every player who has been selected for New Zealand’s national rugby team from its creation in 1903 to the RWC 2019, with 1181 timepieces at the time of writing.

The number will be adjusted according to the final composition of the World Cup team. The number of pieces available will grow over the coming years as new players join the ranks of the All Blacks.

The Black Bay Chrono Dark model features a characteristic satin-brushed steel bracelet for a matte effect, finished with a black PVD-treated coating. Directly derived from the thin-film technology originally developed by NASA for its various space programmes, PVD, or Physical Vapour Deposition, enables practically any inorganic material to be bonded with metals. Of course, the colour choice is a reference to the All Blacks team that TUDOR has been supporting since 2017, reinforced by the presence of a special engraving on the case back indicating the serial number of each timepiece. 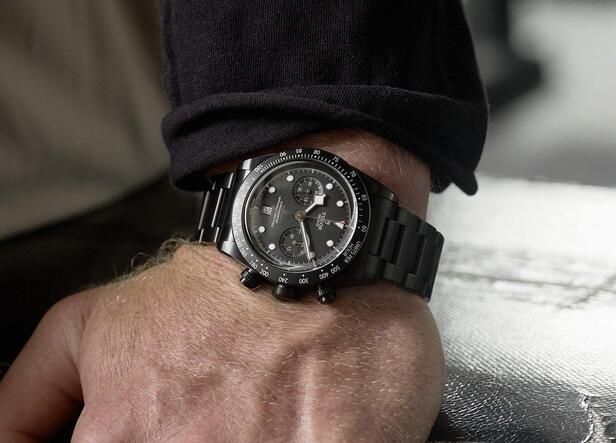 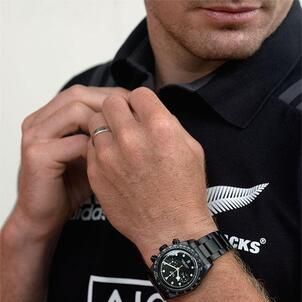 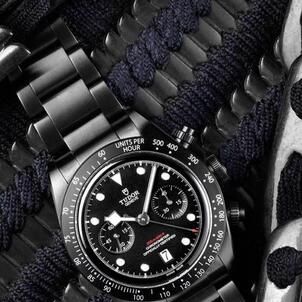